A little girl sat beside her Dad on the soft grass of their family backyard. With her was her brown teddy bear with a cream colored circle for a chest and a half chewed off ear. “Daddy,” she whispers in the cool summer night air. Her father turns his head to look into his daughters pastel lime-green eyes. “Can I look into the telescope yet?” she asks taking a sip from the luke-warm hot chocolate her mama made for her. His blue eyes soften even more and a smile from ear to ear spreads across his tanned face. “Come here,” he says and the little girl walks forward and peers into the small plastic piece in the telescope. “Wow!” she exclaims in as a space shuttle slowly makes its way across the lens. She looks at her father with excitement playing in those green eyes. Her father sinks into the furry pink mushroom chair as his daughter examines the space shuttle and stars above. He looks up at the sky with twinkling silver bullets knowing his baby girl was looking at the exact same thing.


A young girl 13 walks into her kitchen with her mother trailing behind. The girl is crying and the tears rolling silently down her cheeks cause her black mascara and brown eyeliner to leak all over her face making her look like she was the victim of a severe marker fight. “I want Daddy!” she screams slamming her bedroom door in her mother’s astonished face. “She wants you,” her mother whispers into the phone receiver. “I know you’re at work, but could you take the rest of the day off she’s really upset and won’t tell me the reason.” He must have agreed because a few minutes later her father walked into her room with concern written all over his face. “Baby, what’s wrong?” he asks his heart shattering like a glass bottle thrown against cement. “He broke up with me Daddy!” Her father’s strong arms are wrapped around his daughter’s fragile body. Her tears soak into his white button down shirt. “Oh, honey it’s going to be hard I know, but he wasn’t my favorite person in the world.” She looks up from under her moist eyelashes. The same lime-green eyes that once held excitement now held grief. “You really think so?” He nods touching her long baby brown curls. They sit on her baby blue bed laughing at old stories until Mom calls for dinner.


Now 15, a girl and her father are parked at her grandpa’s house sitting in the gold van that her dad bought two years ago. “Okay what’s first?” he asks with pure nervousness penetrating his soft golden eyes. “Um seatbelt?” she says completely unsure. “Yes, and the mirrors.” She nods, “Right, and after that we put the car in gear?” He nods, and she does just that. The can makes a loud vroom and she speeds toward the stop sign hearing her father’s heart beating. She laughs, “Dad chill I’ve got his!” Beads of sweat formed on his forehead and trickled down his neck. She turns like a maniac and her father shrieks like a little girl causing her to laugh. He tells her everything to do trying his hardest not to steer or jump out of his car in a nervous attempt at stopping her. “Your worse than a backseat driver,” she says looking at him with the gorgeous lime-green eyes that now held playfulness. “Maybe, but I think I left my stomach at your Grandparent’s house. She laughs and pulls into the bumpy driveway of their house. “Again tomorrow?” she asks hope filling her eyes. He looks at her and nods with a slight, “uh-huh.” Her heart lifts and she exclaims, “Yes!” and stomps her way upstairs.


Now that girl is walking across the stage to claim her Valedictorian award. I know all about that girl. She is the girl I call my daughter. “One, two, three!” her class yells and a million purple hats come hurdling back to earth. She doesn’t throw hers though. She comes running to me with a mischievous grin on her face and hands me her hat. “It’s for you,” she says. Surprise crosses my face and she laughs like a seal. Her eyes bug out and her tanned hand covers her mouth. I laugh which adds more embarrassment. Her strong arms wrap around my neck. “I love you Daddy!” she says and pecks me on the cheek. 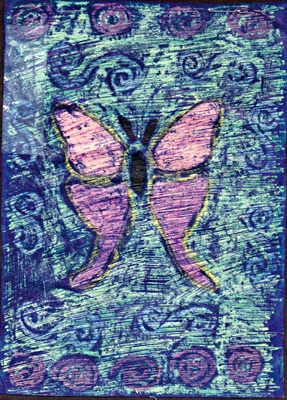 The author's comments:
This is a special piece for fathers day!
Post a comment
Submit your own