Wishing, hoping, and even praying were involved when looking forward to the start of summer. Anticipation rose as every final was completed and every school day came to an end. Finally, the last bell of the year rang. The last final, the last period, and the last time we’d have to see our teachers and mounds of paper and books for nearly three months.
Three days ago, all of that excitement was great. It was a great feeling to finally let my hair down and relax, knowing that no more studying would be involved for a while.
The weekend was relaxing. Sleeping in, staying up late, watching TV and talking with friends. Summer was looking great.
Then today, Monday, rolled around. I willed myself to wake up around 11 o’clock so I wouldn’t completely waste the day away. Of course, there was nothing wrong with wasting the day away, but I felt that I should probably waste it away while not in bed.
The day began leisurely with a bowl of Cheerios. Everyone liked the newer, sweeter cereals, but not me. I preferred the classics. A warm summer day (though not too hot) and a bowl of Cheerios was a great way to wake up.
Daytime television wasn’t very good, regardless of what season it was. I settled on reruns of game shows (pretty lame, but it was entertaining to beat the contestants) but quickly grew bored.
Sitting down at the computer, I scanned through a few new emails that I was not very interested in. Again, I grew bored.
So, summer was starting out rather boring. That Monday didn’t seem to hold more for me than, well, boredom.
I settled into a good book and was really getting into it. Slowly, I grew bored of even the good story and drifted off to sleep.
A sudden knocking came on the door, jerking me out of my sleepy state.
“Vicky, get up! Get up for school!” I heard my mother shout through my sleepy fog.
I groaned when the fog finally cleared and looked over at the calendar, thinking that it had just been summer. Well, it had been in my dreams. In reality, it was September and barely the beginning of school.
As school drung by, I found myself dreaming about summer but then realized what came with it. Boredom was okay for a few days, but after a weekend longing for something to do becomes normal.
That day was the day that I actually began to appreciate school, and for me, that’s nothing short of a miracle. 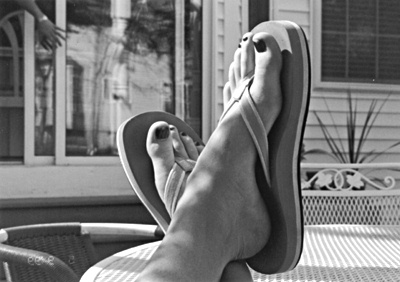 The author's comments:
Summer is great, but even someone with a busy life can find themselves bored occasionally during summer. At first that is appreciated and enjoyed, but boredom can quickly grow old. Missing school may seem extreme, but sometimes we need to be careful what we wish for because we don't know all that will come with it. Or, in this case, all that will not come with it.
Post a comment
Submit your own