A for Addiction | Teen Ink

Have you ever heard of the story about three teenagers who were stuck with their obsessions and how their fortuitous meeting led to the rejection of those unhealthy addictions? No? Well, it’s a pretty simple story. But, of course, it comes with a lesson. Most adolescences develop corrupt habits but whether or not they allow those ways to become a shameless mania is up to them. As someone unknown said, “If there is no happy ending, then you haven’t reached the end of the story yet.” And, well, this story is just beginning. But let me first tell you about those three teenagers.

Micheal was an boy with an amazing ability to hack into any computer that banned gaming. He was obviously obsessed with video games. Sarah was a girl who texted her friends constantly on a minutely basis. Her head was always bent down staring at the floor and her cell phone would repetitiously vibrate over and over signalling the arrival of yet another text message. Diana, on the other hand, was infatuated with her I-pod. Even her mother had never seen her without it. One day they were late for school. It was a typical scenario but it made all the difference. Micheal was running hurriedly chatting away on his Bluetooth and Sarah was speed-walking texting as usual and Diana was rushing with earphones dangling from her ears. You can easily guess what happened. Yes. They bumped into one another. Sarah had dropped her cell phone and Micheal had dropped his Bluetooth and Diana had dropped her I-pod.

Later, they would realize how much of the world they had been missing out on: Micheal’s lack of attention to the non-digital world, Sarah’s deficiency of real conversations, and Diana’s epiphany that the sounds emitting from the real world was just as beautiful as the music coming from her I-pod. It was a good story. One that explained how ludicrous some obsessions may be.

I just wish my problem was as harmless. As I held the plastic bag of white powder in trembling hands above the trash can outside my apartment building, I recalled the story of the three troubled teenagers. I wasn’t addicted to this stuff, not yet. But I had seen what could happen if you started it. The same thought coursed again and again through my mind. Do I really need this? I thought about my family and friends, my education and my health. And then I thought about how thinking too much would give me an epidemic headache. No. I didn’t need it. Not if it was just to fit in with the crowd. The bag slowly slipped through my fingers. If someone would ever make an alphabetic dictionary outlining the words involving Heroin, A would definitely stand for Addiction. Did I want an addiction? No. I didn’t need it. So I let the bag fall into the heap of garbage, shocked that the Earth didn’t explode, and began walking the pathway to school. 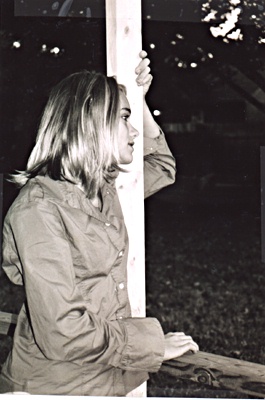 I think that if she was almost addicted, even then she wouldn't throw the Herion. that's just my opinion. Still, nice ending! Kudos! :)