That man, why does he look like me? The way he stands, so still, so strange, like a soldier. His deep-set eyes burn holes through me, cigarettes twisting deeper and deeper into my paper skin. That trick belongs to me. The familiar lips of his, all somber and misshapen, and his crooked nose, sit awkwardly in the middle of his face, a mirror image of my own, miserable mug. Where a dark, ragged mane sits above my head, tidy locks of the same charcoal rest on his. Who is this stranger?

I match his gaze, not daring to look away. I don’t watch in fear, there is nothing that scares me anymore. My curiosity smolders inside of me, I’ve never laid eyes on him before, but it’s no mere coincidence that he shares my face. My eyes start to water and my lip trembles. My once calm gaze now turns to terror. He’s staring me down, a feat that no man has ever accomplished! Who is this demon? What does he want?

I can’t bear it anymore, and I look away, ashamed and frightened my face burning with hate. This man’s supremacy makes my blood boil. I don’t like it, and I don’t like him. He nods, moving for the first time since I’ve seen him. He walks quickly and sharply towards me. Roughly grabbing me by my collar, he continues his march to a vehicle parked just a few feet behind me.

He shoves me into the car; I don’t even think about running, I just sit there, like a dumb animal, in the passenger’s side of his old truck. Maybe it’s my horror that’s keeping me frozen in my seat, maybe it’s curiosity. Where will he take me? What will he do? It’s at that moment that I decide to stay; I have nothing else, no family, no life, and no one in the world that cares about me. I’m just another kid on the sidewalks, nameless, featureless, just an empty body to every passerby.

I’ve always lived on the street. Growing up in this city was tough; I grew up fast, and was bigger than the other kids. Not that there were any other children to talk to, my haggard face, and my scowl scared them off. I didn’t want company anyway; I had always been fine on my own. I could fend for myself, get food, find shelter; I was just as capable as the adults, who feared me also.

We drove on and on for what seemed like hours. He just sits there, not saying a word, obviously satisfied in his own, silent solitude. We seem to have something in common, this scares me as well. I keep quiet, hardly moving, I figure it’s best not to speak, I’ll let him do the talking. My eyes start drooping, and I can feel myself drifting off. I had been up all last night, foraging for food. I know that I mustn’t give in, for who knows it I’ll ever see the light of day again? I fight hard to stay awake, but despite my efforts, I slowly grow too tired and fall asleep.

Who knows how long I slept, hours, minutes? Had the mysterious stranger even noticed? I breathe out heavily, relieved that I’m still alive. We’re not in the city anymore. All the buildings are gone, replaced with trees and hills. This is all strange and new to me, because I have never stepped a foot outside the metropolis I lived in.

He pulls into a long, gravel driveway, with trees lining the bumpy trail. We drive for a few more minutes down this path until there in a clearing, stands a large, old, broken down manor. Paint pealing of the walls, shingles missing, it almost looks abandoned. I look up and down the house counting one, two, three, four, five levels of dusty windows. Some of them broken and most of them, blackened with dirt and grime. What is to become of me?
We finally park next to the front door; I look at him questioningly, waiting to see what his next move will be. He just sits there, still as stone, not saying a word. What is running through his mind right now? I can barely breathe, the suspense is too great. Is he planning on killing me? Why am I here?

Finally, he turns his sharp eyes towards me, and once again, I feel them piercing my skin, tearing it apart, searching for something, some sort of emotion deep within me. I stiffen up, and harden my gaze, refusing to let him break me. As long as I can maintain my steal countenance, I will have some sort of control.
He sighs, his efforts fruitless, and then slowly turns and opens up the door of the truck. He gets out with a sudden curtness that frightens me. I brace myself, knowing that the next few moments might be my last. For why else would this stranger drag me out into the middle of nowhere?
He walks around to my edge of the car and opens up the door. Then he turns his back to me and approaches the house, slowly going through the various keys on the ring, looking for the right one. I just sit there for a few minutes, stunned. He didn’t even try to force me out of the vehicle. What’s going on?
He seems to find the right key; he puts it into the old lock, and turns. The door swings open before him, revealing nothing but dark abyss beyond it. Then he turns around, and faces me once again, this time with a questioning look on his face. He jerks his head towards the door, beckoning me to come out. But at this point, my mind has gone blank, I try several times to get up and do as I’m told, but my body wont answer my mind, and so I sit there, glued to my seat by some invisible force.
He seems to read the look of desperation on my face, and rolls his eyes, obviously annoyed by my petty attempts to free myself for the truck. He walks quickly towards me, and reaching into the car, unfastens my seatbelt. As he reaches over me, I can get a good look at the multiple tattoos on his forearm. A cross, the ocean waves, the marine symbol, and name Isabelle, written in slanted, cursive letters, with a picture of a striking woman, with dark hair, and an entrancing smile.
Suddenly I feel a pang of emotion rupture inside of me, a deep loathing arises from my core, and takes control of me. That woman, so familiar, yet so mysterious has haunted my dreams all of my life. I can recognize her smiling face from the photograph that the orphanage had given me when I was young. Suddenly, I realized that my captor’s motive was not to kill me, but something, in my mind, was far worse. Could this man be my father?
The abrupt hatred soars rapidly inside me, growing with each breath I take, until it consumes me entirely. The man has already made it to the door again, and has started inside. I jump out of the truck, and race towards him, revulsion flowing through my veins. I don’t know what I’m going to do, but every ounce of me yearns to obliterate the man in front of me.
I sprint up the stairs that lead to the porch, and bound into the house, colliding with him and pulling him to the ground. The floor is a mess of thrashing fists, and jolting legs. But in under a minute, he has me pinned to the ground, and I can hear him laughing in between breaths. “So,” he starts out, speaking for the first time, “you think you can take me by force?”
I turn my head to face him, and snarl “I know w-who you are!” immediately, he releases me, and I scurry to my feet. We stand there, facing each other, for what seems like hours, each one’s thoughts racing, until finally he says, defeated
“Welcome home Tristan.”
I look at him in complete shock “Welcome home?” after sixteen years of sleeping out in the cold, nothing to eat, fending for myself, all he can say is “Welcome home”? I can’t believe what I’m hearing; I’m surprised he even knows my name!
And for the first time since I entered the house, I take a look at my surroundings. I’m standing in a great, Victorian looking grand hall with black and white marble tiling on the floor. In front of me, to the back of my father is a large, marble staircase that stretches out on both sides, and leads to the second landing. I can see mounds of white cloth, sitting like ghosts over the furniture. There are many mahogany doors surrounding us, each leading to a new, promising room, probably as intricate as the room that we are standing in. and finally, I look up and gasp at what I see. Above me, there is high, painted ceiling with at least five enormous chandeliers. With the light from them, I can tell that this mansion hasn’t been lived in, in over a decade.
“H-home?” I stutter, scarcely believing my ears. “But, what, I mean, why…” my words come out muddled and I can hardly talk, “After all these years, I don’t understand.”
He looks at me sympathetically, knowing exactly what I’m trying to say, his gaze still firm, but somehow softer, and more pleasant. All at once, I feel a great weight being lifted off my shoulders. Although I still don’t trust him entirely, if what he says is true, then I can finally have some sort of peace and security in my life. Something deep within me breaks, and I can feel my strength leave me. I can’t hold myself together any longer, and I feel hot tears stream down my cheeks. I collapse on the floor, crying for the first time in years, letting all of my emotions take hold of me. I have so much to ask him. 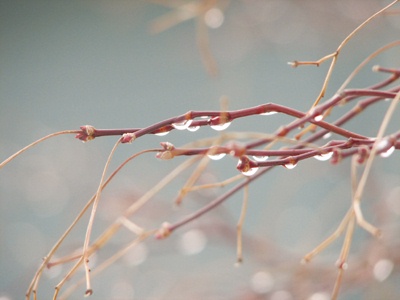 The author's comments:
This piece was inspired by my discovery of my biological father
Post a comment
Submit your own