this is the rest of the first chapter! enojoy! :)

He crossed his long fingers hoping that when they were done with her they wouldn’t ask how he came across her. He might be good at robbing dairies, jumping people, and stealing cars but he was- ironically- a horrible liar, his mother always said that he was her personal Pinocchio. He smiled briefly at the thought of his mother and then his heart hurt again. It had been a while since that had happened. He thought that if he started stealing or acting on impulse rather than planning every step of his life ahead of time, that the unfaltering pain would cease. And it did. Until now. Now that he had started the course of thoughts that would inevitably lead to what he hated the most, he gave in to it. As if plunged headfirst into his past, he remembered it completely and utterly, he remembered seeing death swoop in and suck the life out of her, he remembered sitting dreadfully by her melancholic death bed waiting for her to wake up and tell him she would live to see him turn eighteen after all. Instead she woke up and told him that he had to finish school and go to college, she told him that he could be great if only he found a way out of the poverty they were stuck in. If he was destined for greatness then why was he sitting in the waiting room of a hospital after robbing a store in the middle of the night? If this was his mother's idea of greatness then surely she was mistaken. He recalled her grasp his hand with surprising strength and look into his eyes for the last time with love etched into every exhausted line of her face, he remembered her telling him she loved him and to never lose his way and to look into his heart every time he felt lost. Lost. Well, he felt lost now but he couldn’t look into his heart because when he lost her, he lost his heart, or at-least the good part that she owned, she was the lone thread that tied him to a purpose, but she was a frail thread. He lost his desire to live. Her body lay still and her eyes closed as if she were taking a mental picture of him to take with her wherever it was she went. But they never opened. He looked at her for the last time. Standing up, his eyes wet and his body shaking uncontrollably, he turned to the door and whispered, "goodbye, mother." He remembered his last shred of reason and purpose dissipate into nothingness, sucked from him by a dark vacuum. His mother always told him to be strong, not to be bitter at life’s disappointments; she used to tell him that dwelling on the past wouldn't make the future any brighter. He was tired of being strong, he just wanted to roll over and have it done with. That was the same day he bought his first handgun, the very same one that was now in some alleyway, probably waiting for its next victim. The thing is, he thought, the victim isn’t the one shot at, it's the shooter.

His thoughts were scattered by a nurse coming into the waiting room, "Sir? Your friend is awake, and would like to see you." He heard her but was torn between leaving the hospital, leaving this night behind him, and wanting to see the girl again, he remembered how looking at her had made him feel. He dropped this trail of thoughts and blushed an intense shade of red. "Take me to her." he said softly to the nurse who smiled mischievously and somewhat knowingly. She led him through a maze of corridors that held both people healing and people dying. Odd, he thought, that a hospital was the only place where life and death were only rooms away from each other. Finally, they came to room 230. The nurse politely held the door open for him and shut it once he had entered, he watched her walk back down the corridor through the glass pane on the door. The room was small with only one light colored wooden cabinet for personal belongings matching the tiny wardrobes fitted neatly on either side of the single bed in the center. Overall the room seemed to have been specifically made for short-term patients. Against the wall furthest from him lay the girl on a bed positioned against a window. Her eyes weren't bloodshot anymore and he noticed that they were even more beautiful, he hadn't thought that possible. Looking at them now he wondered how he had ever thought anything in his life beautiful before seeing those oceans of green. And that perfectly symmetrical face. Mesmerizing. The dark shadows around her eyes seemed to be fading by the second.

She smiled sweetly at him and said, "I just wanted to see who the 'brave man’ was who supposedly saved my life," her smile lopsided and she looked at him with what could only be described as the face of a woman deranged, "they say he did, but you didn't- you ruined my chance to end it," she spat fiercely. After this, a look of contemplation spread across her face as if thinking of another time and she stared at the wall opposite her bed with a far-away look and a glazed coat of nothingness covering her eyes, he was already forgotten. He was so taken aback that he had no reply for several seconds, "end it?" he whispered through dry lips, he looked at her and saw for the first time the bandages rotating up and down her wrists like a mummy, she had been trying to commit suicide. He stared dumbfounded as a wave of confusion overwhelmed him. And closed his eyes as he became aware of the situation he had dived headfirst into. And now he was drowning. 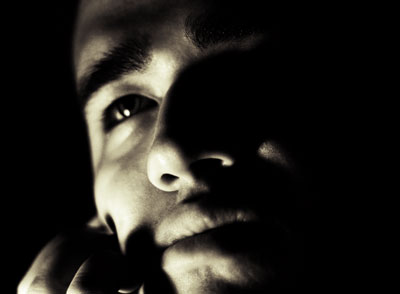 Favorite Quote:
"But can you love someone, who doesn't love you back?"


" I'd rather laugh with the sinners, than cry with the saints"

Favorite Quote:
Do not pity the dead, Harry. Pity the living, and above all, pity those who live without love -Albus Dumbledore

View profile
oh wow. This is ammazing. :))
Nouran.E said...
on Sep. 28 2009 at 3:35 am
A truly inspiring piece that is full of bold lucid imagery that leaves little to the imagination. Enticingly well written plot that left me yearning for more on the story and a need to know more about the character's.

View profile
Awesome, just completely awesome. :D I had never thought in the first one she was trying to commit suicide! I like your wide variety of words. I always write mine with tons and I love it when other writers do the same! It gives you a clear picture in your head of what's going on and the story line makes more sense.