One summer, as they blindly navigate through the murky labyrinth of youth and air-conditioned multiplexes, Sal and Marianne decide that they are going to run away together.

Sal recently shortened her name from Sally because she wants to be a strong feminist woman and Sally is such a pliant name, all submission and forced optimism. Marianne had returned from Hong Kong two days before carrying a mild case of jet lag and a composition notebook with half its pages missing. She had written thinly-veiled short stories until she could no longer imagine the protagonists as reflections of herself and Sal having grand adventures, and she ripped the pages out of the stubborn binding as a tearful act of self-love.

This is their first meeting of the summer, and they are steadily resettling into the roles they have carved out for themselves over the years, like lovers' initials on a thick tree trunk.

Sal is striking and dynamic, and Marianne wants to draw her in soft charcoal to capture her smooth lines and inconsistencies in shades of gray, even though it unnerves her to draw people. While she is not particularly shy or even introverted, Marianne always finds herself amplified in Sal's company, louder and more vivid and memorable in her wardrobe of saturated colors and cautious outlooks.

Sometimes it is exhausting to drown in the possibility that any personal charms she might have are actually emanating from Sal, that in her personal universe, she is but the moon, radiating borrowed light. Now she doesn't know if she is extroverted or careful or even the moon at all.

The running-away part was Sal's idea, of course, but Sal's plans usually have about a 50 percent chance of happening, so Marianne is unsure how to react except to let herself be swept up in it. Once, Sal planned a surprise birthday party for Marianne. Once, she planned to stop arriving late to everything. Sometimes those goals are accomplished.

“Where are we running to? Narnia?” Marianne asks, only half joking.

Sal stops walking midstep. They are standing, frozen in time, on a sidewalk two blocks from the bus stop. “Where do you think we're running to?”

To Marianne, running away is not so much about arriving at a new destination as it is about escape. While Sal sees only what is before them, Marianne will glance over her shoulder to observe what it is that they are leaving. Glass half empty, glass half full.

Sal likes secrets. She keeps them in the shallow pockets of her fitted jeans like dollar bills. She lets them run through her fingers like silk or sand. She is the one keeper of Marianne's secrets, but just some of them. She thinks that of all things, Marianne fears rejection, the sly turning away of someone's face, the painful pause, the beautiful artificial smile. She thinks Marianne's drawings are open and spacious. Each stroke and detail is fluid and filled with a light that can conquer shadows, for she cannot imagine Marianne hiding things – fears, secrets – beneath lies and shadows.

“Why is it a secret?” asks Marianne, though she does not expect an answer.

Sal flashes her enigmatic smile that reminds Marianne of the symmetry and complexity of snowflakes, each unique and incredibly fragile. She wonders if Sal was smiling like this as her lips touched Noel's that day Marianne found them between the reference book shelf and the newspaper racks at the school library. She wonders what Sal would have done in her place that day. What Marianne did was inhale until her lungs nearly burst, put Noel out of her mind, and walked away with a burning feeling in her eyes. She did not exhale until she was two floors away.

“Secrets give you power, you know,” says Sal. They begin to walk again.

Marianne knows, yet finds that she cannot reply. In a different time, a conversation about secrets would have been carried forward until they reached a tangent, all the while laughing at each another. Or maybe Marianne would have told Sal why she can no longer stand between the reference book shelf and the newspaper racks. But they are in the present, with reality and time thick around them like smoke, and Marianne finds that she can no longer act that way.

Shooting a quick glance at Sal, she thinks that she will draw her with soft charcoal to capture the shadows in her eyes, the hunger for release in the curve of her neck, the secrets. There will be a stark contrast between light and shadow.

She knows now that things are no longer the same, as hard as they try to flee from this. They cannot actually plan to run away together because they cannot make their escape with one another. She aches to run back to the past, when they understood each other perfectly, before they became opaque to each another.

“C'mon! We're going to miss the bus!” Sal begins to run, her light footsteps beating against the concrete. With a glance at the time on her phone, Marianne takes off after her friend, feeling the air stream over her cheeks, until she and Sal are running side by side.

They reach the bus stop before the bus can depart without them. Out of breath, they gaze at one another for just a moment before boarding. 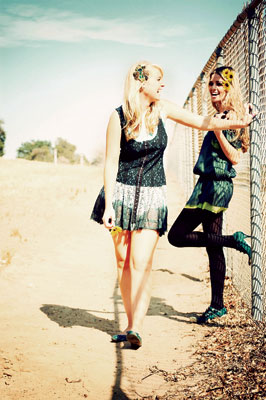 Favorite Quote:
"Let me see your badge.... It's just a star. Just another symbol. Your talisman. It can't stop criminals in their tracks, can it? It has power because you believe it does." ~Sally Owens

View profile
Wow. It's absolutely brilliant! I love it. I do hope you continue the story and carry it out into a book-- I would most definately read it!
msp49 BRONZE said...
on Mar. 19 2011 at 1:02 pm
msp49 BRONZE, Middletown, Connecticut
4 articles 1 photo 39 comments
View profile
This is the best story I've read on here so far.  I don't think I've seen a writing style like yours; its simple, yet complicated, while capturing the characters' personalities and emotions so well.  Keep it up, you'll get far.
ChelseaKW GOLD said...
on Jun. 7 2010 at 8:17 pm
ChelseaKW GOLD, Hollister, California
14 articles 0 photos 23 comments
View profile
Wow, this is so well written! I've only been a member a few days and submitted a few different stories, but so far I am very impressed. Great job! Very relatable and realistic. My work seems to pale in comparison to what I have seen by stories like this and others. Keep writing! I'm going to also! :-)
ThatOneWritingGirl PLATINUM said...
on May. 10 2010 at 6:34 pm
ThatOneWritingGirl PLATINUM, Greenwood Village, Colorado
21 articles 0 photos 41 comments

Favorite Quote:
Don't tell me the sky's the limit when there are footprints on the moon.
Love Always. :)
When the tides of life turn against you and the current upsets your boat, don't waste time and tears on what might have been, just lie on your back and float.

View profile
If I may, one word: WOW. THis is so amazing, and beautifully written, and just, well, wow! :) You are so talented, I hope to see more of your work on here. Check out some of my work? :) Have a great day, keep writing!
ramnapotter PLATINUM said...
on Apr. 3 2010 at 12:19 pm
ramnapotter PLATINUM, Toronto, Other
26 articles 1 photo 90 comments

You effortlessly captured the feelings , and the thoughts of the two young women . Great job ! (:

Favorite Quote:
"Get better, not bitter."

View profile
i really liked it! i liked the way you shaped her thoughts and everything ties together. i really wanna know where they go. this is my 2nd story to read and i am loving this website. i dunno if i can match the writers here at all....