In traditional Chinese culture, dumplings are served during a reunion, most commonly the Chinese New Year. Since the first New Year I could recall, my family always started the festival with a ritual. Usually, someone hid a coin inside one of the dumplings, and whoever discovers the coin is determined to be the “lucky one” and is granted a wish for the new year.

We were stopped on the side of the road on a scorching August day sitting in our Toyota Avalon, my feet dangling a few inches above the floor mats. I witnessed the police officers taking my father away. I was seven years old. My left hand held a Coldstone ice cream cone as the stickiness of the melting vanilla dripped from my fingertips to my palm and wrist. My sister raised her eyes, and we exchanged a troubling look. The concern on her face was recognizable, an expression I knew well. Then, through the rearview mirror, three officers wearing full-body suits intercepted dad's car and forcefully unbolted the handle of the driver's seat. Dad dressed like a typical middle-aged businessman, well-put together and driven. He was wearing a striped half-buttoned polo shirt and blazer, his hair gelled back neatly as usual, polished leather shoes and a pink hair scrunchie on his wrist which he occasionally used to braid my hair. The officers forcibly restrained dad's hands behind his back, our eyes met for a brief second. Although I did not fully understand the gravity of the situation, the expression on his face has always remained. Looking to my mother in the passenger seat for comfort; yet all I saw was confusion and panic, in her eyes. Blankly, I watched my dad in the police car as it drove away; my heart was an empty void.

Reminiscing about my father, I realized he missed a significant part of my childhood. Although he was physically not with us, he had always been distant. When we did speak, his comments highlighted the time apart; he would say, "You've grown so much!" or "Your hair was longer than last time." Although it was challenging not to hold a grudge against him for being absent, the truth was, I cherished our time together. Interestingly, he never truly felt natural to me; fragments of my father would come and go throughout my life. Particular memories stand out, I remember my father playing folk songs with his right index finger on the piano and chuckling with each mistake. He was the parent that interrupted my musical due to his tardiness but always showed up. Above all, I remember the feeling of falling into his hugs and being lifted up and down. Before he left, he would plant a big kiss on my cheek. I waited for him to go before wiping off the saliva.

On New Year's Day, our family celebrated with the coin dumplings on the same year of the arrest. Looking back, I was about four feet tall and used a stool when Dad taught me how to make dumplings. We mixed the meat and chives in a bowl, floured the dumpling wrappers, and enclosed the perfect amount of filling before sealing the dumpling. Soon, the rich aroma dispersed in the kitchen.

Once everyone was seated, dad distributed a dumpling around the table by bending and stretching to reach everyone. He does that often. We devoured the plates, putting the whole dumpling in one bite, as it was a competition to find the gold coin. The soft shell of the dumpling melted in my mouth, and I relished the salty flavor of the garlic. Biting into the fillings, I felt a solid, delicate substance in between the pieces of pork. It was me; I found the round copper penny still with a bit of chive stuck on it. In awe of my luck, my eyes popped as the rest of the family happily acknowledged my triumph. Immediately, I shut my eyes and wished that dad could stay home. At that moment, it seemed as serotonin flowed through my blood, and it was as if fate bestowed the coin allowing me to keep dad by my side. The coin stayed under my pillow, reminding me that my dad was close if I had the coin.

One week after dad's leave, I scoffed at my naive thought, realizing my fantasy was short-lived. My hope obscured reason as I had grown accustomed to seeing his perfectly made bed, dusty shoes, and misshaped cigarette butts curled in the ashtray. Although I kept my composure, many emotions raced through my mind. Finally, however, tragic news broke this facade. On a Thursday, riding home from swim practice smelling like chlorine, I pulled out my phone to check the news I subscribed to earlier that week. My eyes dreadfully stopped on an article as chills crept up my spine. I gasped as I read the words in the heading, 'sentenced, ' following my dad's name in bold letters. With my fingers twitching, I scrolled through the story as my heart pounded in my chest. Hoping somehow this report was false yet knowing deep down I lost my dad already.

Typically, on the way home, I will check the time and enjoy the rich colors of the ombré sunset. But not this evening, I felt a sense of desperation, almost a separation from reality.

At home, I ran to find my mom for confirmation. Startled by my sudden entrance, mom jumped and almost dropped her phone. "Is there something you want to tell me?" I asked with my voice shaking. Before my mom could process my question, I pulled out the article and read the headline loudly, emphasizing every word. "Is this true?" my voice was on the verge of breaking down. "I'm sorry, baby, we hadn't decided how to break the news to you and your sister." My mom explained. Her words were laden with guilt and grief. A caged bird was flapping inside of me, for all I know, it was my heart. Then, I heard the thumping in my ears.

Sitting on the floor of mom's bedroom, I felt lightheaded; my skin was cold and sweaty. Sobbing uncontrollably, I collapsed into my mom's arms. "God, how?" I cried out with my tears drenching her sweater.

Waiting is one of the most painful experiences, in my opinion. With waiting comes expectations and vulnerability. Seven years have passed since dad's arrest. Now, I am a teenage girl living what I assume is a regular life. The concept of fatherhood becomes more obscure as time passes. Thoughts of my dad have diminished. So, I often question if he ever really existed. My dad no longer felt real. Every so often, memories of him return in the oddest ways, catching a glimpse of an unused mug, a dusty cloak, or an uncut mango; it triggers a bitter taste of nostalgia.

During every new year's night that proceeded, I developed an aversion to dumplings, fearing the taste would bring me back to my foolish childhood fantasy. Finally, the summer before my freshman year of high school, I was allowed to make a phone call to my dad. Strangely, the feelings I experienced were like being called into the principal's office. My movement stiffened, and I was unable to form a rational thought. When he picked up the call, I watched the seconds pass on the screen. Five seconds proceeded before either of us spoke a word.

"How are you, dad?" I broke the silence.

"Dad is doing great," he replied in a sickly voice. There was so much I wanted to say. How do I condense seven years of emotion into one phone call? Words raced in and out of my mind before I could form coherent sentences.  After talking for a minute, I handed the phone to my sister, who also struggled to formulate meaningful sentences. Our words seemed not to resonate with our father. We cried together that night.

The phone call served as an end, and also a new beginning. Moving forward, the idea that nothing can be eternal hit me so I decided to be present with those I love and let go of expectations for people. By bravely taking a leap forward, I continued to live life without the restraints of the past. Finally, I thought I was able to walk out of my dad's shadow that followed me over the years.

When the next New Year came, the tradition of coin dumplings continued. Hot steam carries the scent of dumplings through the house, reminding me of how much I love this celebration of new beginnings. I picked up a dumpling with chopsticks and let the rich, creamy taste linger in my mouth. This time, however, I wasn't the lucky one who discovered the coin. Despite that, I still made a wish, closing my eyes to cherish this heartwarming moment. I do not remember the final words I said to Dad, but I want to thank him as I move forward.

In a way, Dad was a curse and a blessing. 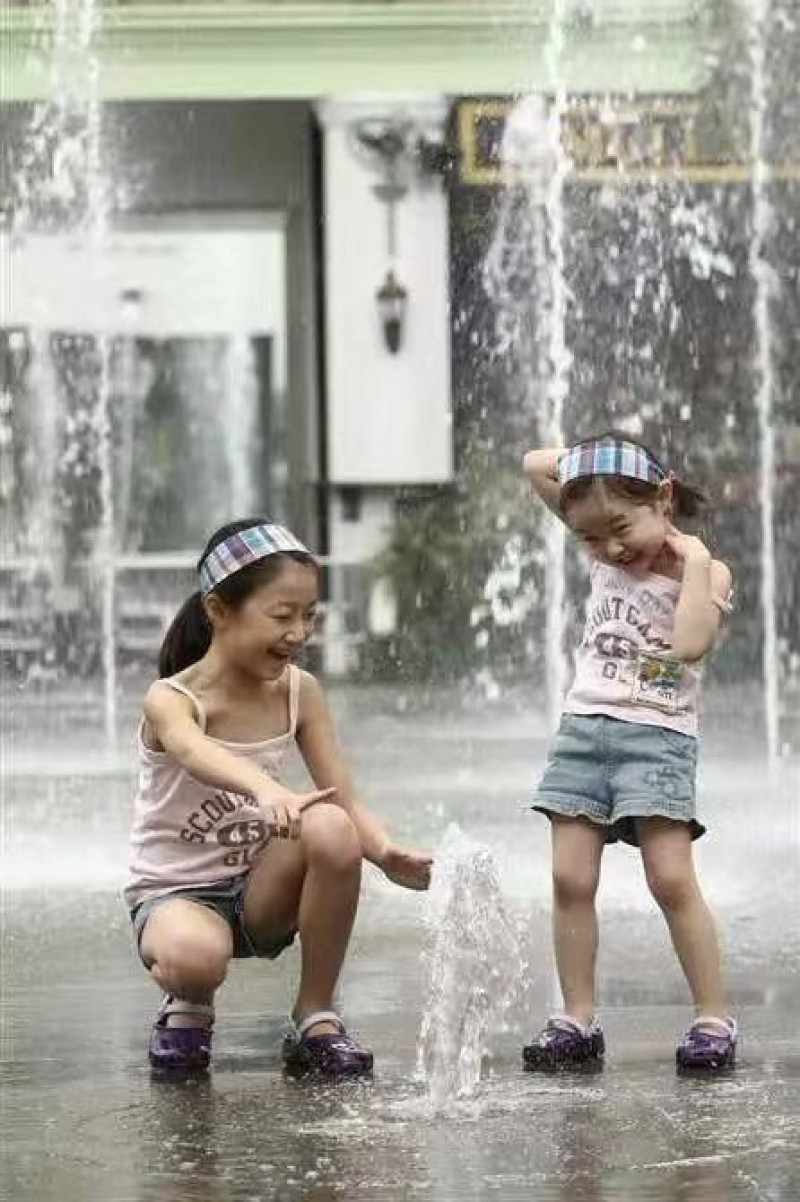 This short fictional story was partially based on a true experience of mine. When I was seven years old, my Dad was temporarily detained due to an economic investigation. The detainment went from a few month to years, which left my family on an unsettled wait for seven years. I was never particularly close with my dad but I knew he was a hardworking and caring man that always thought of out family. As young as myself back then, I was thrown into complete confusion when the incident happened. It knocked me out of a normal childhood life for a long time as I grasped for answers. Thankfully to my devoted family, I was surrounded with an infinite amount of love growing up. My relationship with my sister and mother became an even strong knot, bonding through difficult situations.

Making dumpling on New Years Eve was one of my favorite memories because the festiveness brought belonging and unity. Time has passed, I felt like I always had to fill up the hole that Dad has left me a few years ago by doing all I can to make sure people stopped leaving. But they never did and never will do. I have learnt that it is a part of life to live free from the expectation of the future. I focused on enjoying the present and how I can bring my best qualities to people so that they remember me for who I am, even after we are separated. I wanted to connect the festival of New Years with my concept of love and letting go.