Manipulate: To control or influence (a person or situation) cleverly, unfairly, or unscrupulously.

I was so infatuated with every detail of him. Every miniscule feature. The soft tap of his foot when he was anxious, the way his dark eyelashes perfectly complimented his bright green eyes, the scar on his top lip from a bike accident. Being with him felt like falling into a warm body of water that surrounded your complete soul with love and admiration.

His family was picture perfect, too. His older sister was a doctor, excelling way above her class when graduating. His mother stayed at home. She was a breathtaking woman from France. She wore name brand clothing and smelled of expensive, foreign perfume. Her manicured hands never saw a speck of dirt. His father was a lawyer; he was secretive but kind to me.

Sometimes I didn’t feel like enough. I didn’t feel like the pristine woman for him to love. I would tell him this often, reassuring myself that my time wasn’t being sucked from my life by wasting it in a relationship. I would forever receive the answer, “You aren’t allowed to think of yourself like that.” For six rose-tinted months, this backhanded response continued to mend the aching feeling in my heart.

Arguments. Ours were frequent. “Look what you made me do!” Is what he said when it first happened. “Why would you make me do something like that?” was the second. The burning and prickling feeling on my cheek was a feeling one could never get used to. At first, I couldn’t move. Shock pulsed through my veins, yet I didn’t move a millimeter. My body stayed as stiff as a board. My mouth hung wide open as my eyes welled with large tears that immediately poured down my burning face onto my throbbing cheek. His face looked like he’d seen a ghost, but his eyes said something different. My favorite forest eyes didn’t look apologetic. They didn’t look like the sorry they did when he spilled my coffee on our first date. They didn’t look like the sorry he gave me when he couldn’t make it to my game. This time, they didn’t look sorry at all. I raised my trembling hand to my cheek and could feel the raw skin underneath. He then began shouting again, blaming me for his actions.

It was the sixth time it happened before I realized something was truly wrong. Everything I used to find so intricate and unique about him, I was disgusted by. The tap of his foot became an annoyance. It worried me that the tapping wasn’t because he was anxious. His eyes became the eyes of a snake. I couldn’t trust the familiar color any longer. And his scar. The one I would trace my thumb over every time he was sad. The “bike scar”. We now matched. We matched in such a morbid way; it made me sick to my stomach. I had a scar on the top of my lip from a deep scratch he gave me during an argument.

Eventually, I learned his family was not picture perfect. His older sister took her own life due to the unbearable abuse from her father, exactly one year after receiving her well-earned diploma. His mother became homeless. She left her husband after finding out the abuse of every unthinkable kind that her daughter endured. She lost her name brand clothing and her hands began to get dirty. Finally, his father. The root. The root of the abuse and manipulation. The apple doesn’t fall far from the tree, they say. 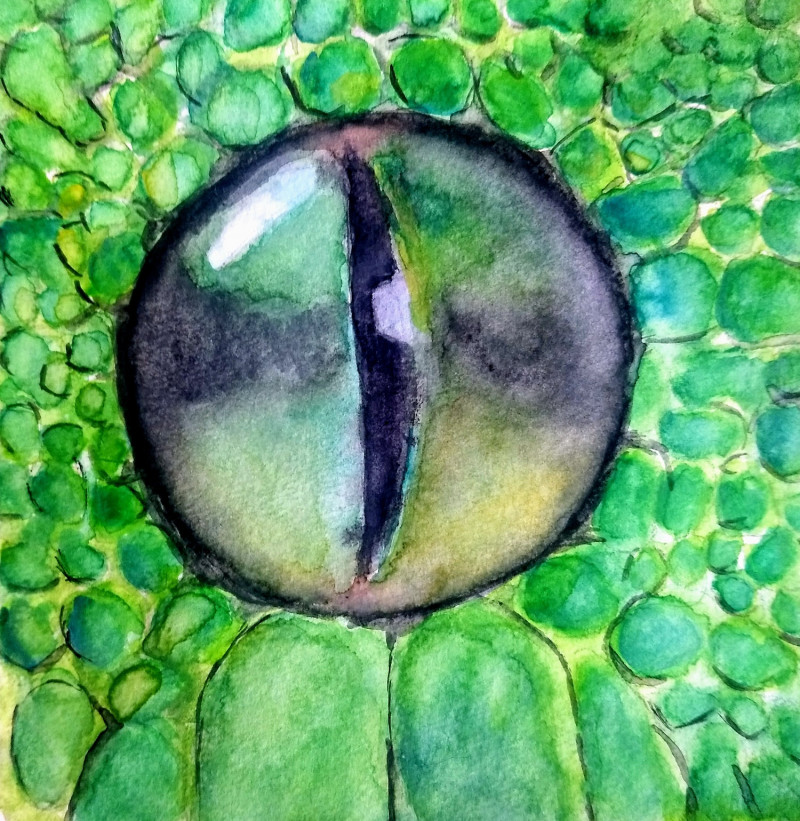 This piece is mainly about the romanticism of toxic and abusive relationships. While reading it you start to feel disgusted and disapointed by the charaters. Everything has a meaning.

View profile
I can relate to this story a lot. My dad was very abusive, but my mother got me out of that situationnow. However, thanks to him, I now have a lot of trouble controlling my temper and keeping myself in check.