Dance the Feelings Away | Teen Ink

Dance the Feelings Away

It was Kara's first day at her new school. Junior High was a new road for her, especially in a new state. Texas was a wounderful place, and she had always loved it, but living there 24/7 was not her ideal. Walking through the school doors, it had an odd smell. Like freshly coated paint and alchohol. The smell burned in her nose as she shook the feeling away. She filled out her elective forms in the AP's office (Assistant Principal) and turned them in to the front desk. Once they had reviewed her interests, she had gotten Dance and Art Year 1.

"Dance?" Kara thought, "I wonder what I'll learn there."

One month later, she had just finished the Jazz unit in her now favorite class; Dance. At first it was sore and painful, but now she could move and think about nothing else except the movements and feelings of the music. Moving her arms like a river and keeping a calm mood was one of the best ways she could think. All of the anger, sadness, annoyance, and fear all washed away as she felt the beat of the music in the floor and the flow of movemenyt in her body. Nothing was more important than being in the moment right then and there.

"I'll dance tommorow" Kara said, and smiled at the dance room, the last look, before leaving to the locker rooms. 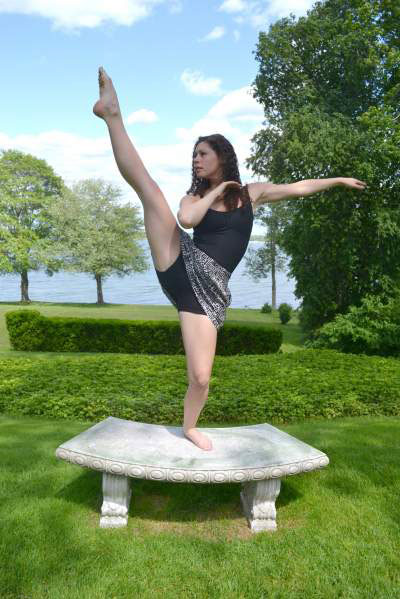 This story is using Kara to express how I feel when I dance. Focusing on music and the flow of everything around you, it's just so amazing! It's so hard to describe. <3 Luv you all!

View profile
I get that same sort of feeling when I play the violin. It's just you, the instrument, (in this case yourself, or Kara,) and the melody. It's a circle, and you lose yourself in it.