There once was an apparition that roamed the street. It had no home, no space for dwelling, and no place of belonging. For the pedestrians who peaked in curiosity, it stared back in return, with a ghastly appearance evoking screams of sheer terror, which shielded itself from those who attempted to examine it.

It knew the meaning of “fathomlessness”: to whirl in delight for misery, to shriek in joy for fear, and to burst into laughter for pity. Indeed, it sought, and it saw.

It saw everything except for itself—who could be ever more pitiful than a ghost that fails to look inside itself?

There once was a person who could see inside that elfish apparition. He journeyed a thousand miles to examine the ghost. The apparition stared back at him, but this time it did not see, and it found no way to evoke fear in him. Unprotected, it tried to escape, but failed: he wove a trap with gentle and calming words which it had never heard before.

He claimed that inside its hollow frame, there was another—another ghost which roamed another street, and another group of pedestrians staring into the hollow shell of this “other” ghost with the inability to see itself.

Arriving at an expected conclusion, he left. It, hiding at the corner, gazed at his dark silhouette in the moonlight.

Trembling fingers in the damp night air, the crickets wept a woeful tune in the cotton fields. The ghost knew that under the moonlight at that exact moment stood a savior, the only hope of breaking its hollow frame, of escaping eternal suffering, and of attaining what it had been craving since the beginning of its existence. How it craved to prevent the savior’s leaving with a ghostly embrace! But no, nothing, absolutely nothing was of more value than this thought which had lingered in its mind since he first appeared in front of its hollow frame:

“He would be better off somewhere else—somewhere without a ghost.”

With that, it stepped back into the night.

Life went on for the ghost. Every day was, as usual, filled with “the brave ones” among the pedestrians betting with each other to stare into the ghost. Every single one of them lost, since the ghost saw what the common person could not. But this only enraged them into mockery, into brutal, savage mockery of the ghost which had done nothing other than attempt to protect itself.

Life went on for the ghost, only now it knew even more than what it previously did. It understood what it was like to be let out of the cage, to reach so close to being rescued, and to feel the deadliest dread when the most joyful dream came to an end. It was put into the cage again, but this time it knew the presence of an alternative which it could not achieve.

Who is staring? An apparition which could not achieve its own death! For what end does it seek? Temporary joy, or eternal pain? To comfort itself that it could see its own ghost, to dream that a dream was not fathomless, to laugh as a lier towards those who did not, or to end up with pain, which it itself dubbed “the prerequisite to joy?"

Who is staring? At the endless cycle of understanding and ignorance; at the speakers who claimed, “I be not, thus I feel not”! Who, among those, did not speak?

There once was an apparition that roamed the street. It had no home, no space for dwelling, and no place of belonging… 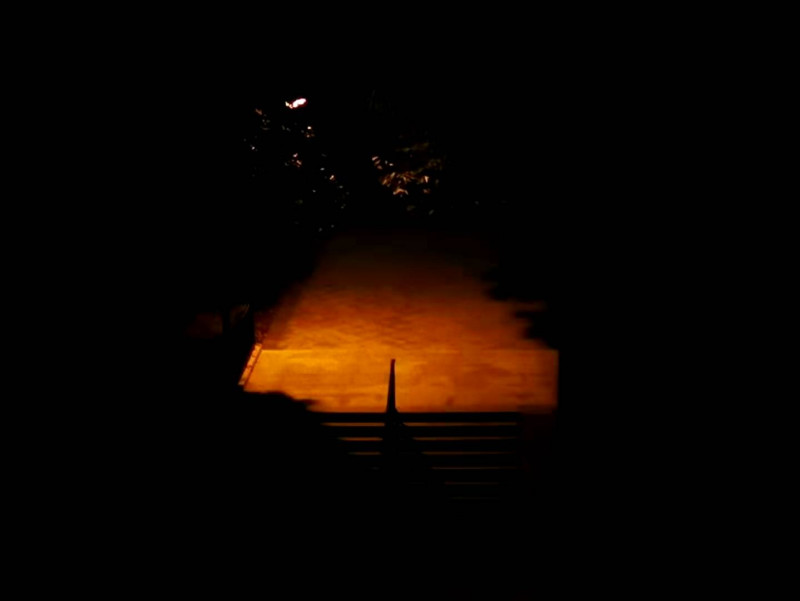 This was written on October 10th, 2020 (World Mental Health Day). The WHO extimated a total of 1 billion people around the world suffer from mental disorders, yet only a small portion received adequate mental health services.