The funeral was over.

The deceased old gentleman was the gatekeeper of the impoverished valley where I spent most of my childhood. We were a forgotten bunch—the nearest town was several miles away, and the only means of long-distance travel was the gatekeeper’s motor van. Every time he and the adults went to town to shop for appliances, the elder children would plead for a ride, promising to watch over the younger ones after arriving in town, and the gatekeeper would reluctantly allow us to board the vehicle. I remember my first trip when I was only 5 years old, the only girl on the motor van, looking back at the sand suffused above the only trail which led us away from the valley.

The town was a place of interest for all children except me. As the others roamed the noisy fairs for toys and treats, I found the most interest in the quiet road connecting our valley and the town. I would sit on the side of the trail—with my trousers covered in sand and dust—and examine the clovers growing at the foot of the trees by the road. They say a four-leaf clover resembled good luck, and I devoted so much of my childhood time and energy into proving that I was the lucky one, examining the green in such detail that my eyes blurred every time I see the color green, even until now. But I loved that road: it was a place where one could never get lost, for there were only two ends—home, or destination.

We always returned to the valley before sundown, since it was dangerous in the hills at night. The gatekeeper would settle in his little cottage at the entrance of the valley, holding his golden-rimmed spectacles with trembling fingers, frowning at the newsletters he bought in town, the motor van resting at the back door, and the engine still burning hot from the journey.

There was one night I particularly remember. It was almost midnight on August 31—I would leave for my first year in university the next day. Threads of black clouds in the night sky blockaded the full moon’s radiance as I lay in bed after a day in town, awaiting my midnight visitor, and the image of what happened in the previous nights recurred in my mind. Bobby Dill was only 12 years old, but there was more than naivety in his chubby cheeks as he knelt with me along the road and picked the clovers.

I suddenly realized that I had left my clover in the gatekeeper’s van. It was his gift to me that day, and my heart palpitated as I remembered how the young boy handed it to me. It was not a four-leaf clover—it was his clover.

I jumped out of bed, hurriedly wrapped a coat around my pajamas, and escaped my bedroom. I did not notice the portable bed temporarily set near the door, where my new sister-in-law rested. The town was asleep, except for the tiny pub gathering at the Dill cottage, which I knew my elder brother was attending that night. The clamor echoed throughout the valley, and I could picture my good-for-nothing brother partying his life away while his newly-wedded wife, who was asleep on the shaky portable bed in the kitchen of our house, bore all his duties in supporting the family.

I crept along the roads of the valley, and as I approached the edge, I noticed a beam of light vaguely swaying in the gatekeeper’s cottage. Under that light, I silently rummaged through the back seats of the van and found the single piece of clover that, like a burst of green flames of inferno, meant the world to me.

Clasping the clover in my palms, I could not help but wonder why the gatekeeper had the lights on at midnight. I stood on tiptoe and peeked over the window sill into the cottage.

Under the swaying light, I saw a scene of such familiarity—clothes were tossed about and spreadsheets were wrinkled as the two picked their way through the garden. Yet what surprised me was the volition involved in what I saw, how voluntary their action was. They seemed to have been picking clovers in an exclusive four-leafed garden instead of rampaging through three-leafed fields like me and Bobby Dill.

I squinted for more details and vaguely made out the face of the woman.

I have seen her lips before.

In utter shock, I stumbled away from the window sill. At that moment I realized that I could no longer return home. I could no longer face the empty portable bed at the door, nor the chubby boy who would sneak in to see me around midnight.

I hid behind the motor van, hugging the engine for warmth in the chilly night air.

Then the door of the gatekeeper’s cottage cracked open, and I ducked down in the back seats and peeked through the corner of my eye. A limping shadow of a woman exited the lighted room, grasping a bundle of things in her chest. At the door stood the silhouette of the gatekeeper, who stared into the distance, not leaving until she had paced down the road and squeezed into the door of my home. As the gatekeeper turned back into his cottage, I saw his eyes, glistening longingly yet as empty and colorless as the hidden moon that night.

As he entered the lighted house and shut the door, I stared down into my palms and noticed that I had clasped the clover so tightly that it was already crushed to pieces.

And I broke into tears, sobbing and shivering beside the cottage at the edge of a valley in deep slumber.

The next morning I left for university, and never returned since. But I would remember that night for life, for it was then that I understood what he meant to me. When one lives among an entire field of three-leaf clovers, one might fail to conceptualize serendipity. But as long as at least one single four-leaf clover exists in the field, the seeker would be willing to labor to death for an alternative. And that was exactly what I ended up doing.

I stood on the old road earlier today, staring into the clovers at its sides as if staring into the passage of endless time. I remembered the exact position I knelt in when Bobby Dill handed me the clover that day, and I stood there once again. As I stroked the freshly-grown leaves, the clovers injected into my palms memories of the village which I had missed during my years away: how Bobby Dill went missing on the 1st of September and was never found since. Aomeone saw him sneaking out at midnight on Aug 31, so people suspected that he was attacked by one of those beasts which rummages the woods outside of town. A year after that night, my sister-in-law gave birth to twins and passed away during labor, but later the twins both died of “congenital illness." All three of them were buried at the edge of the valley, right beyond the gatekeeper’s cottage. Later, as telephone cables were installed in the valley, children no longer pleaded for rides to town, and no one even noticed when the gatekeeper sold his motor van. He seldom appeared in the community since, and people gradually forgot the cottage. It was only earlier this month, when my family visited the tomb of the twins, that they noticed his corpse beside the three tombstones.

And, earlier this day, when asked to compose an epitaph for him as the only college graduate in the valley, I took the knife and carved a shape of a four-leaf clover on his tombstone, followed by the words “The Alternative”.

People applauded in approval as if I had left a piece of fathomless saintly wisdom on the stone.

The Dill pub was destroyed long ago, since a group of drunk men was of no benefit to the harmony of the community. The Dill family moved to another residence outside the valley, and their old house was abandoned and out of maintenance.

I was strolling around their house with some girls in the valley, and they noticed that one of the stone planks made a hollow, echoing sound as they stepped on it. One of them knelt and swept away the dust on the plank with her hands.

They stood in awe as a tiny line of engravings appeared on the stone:

Followed by a zig-zagged, rough carving of a three-leaf clover. 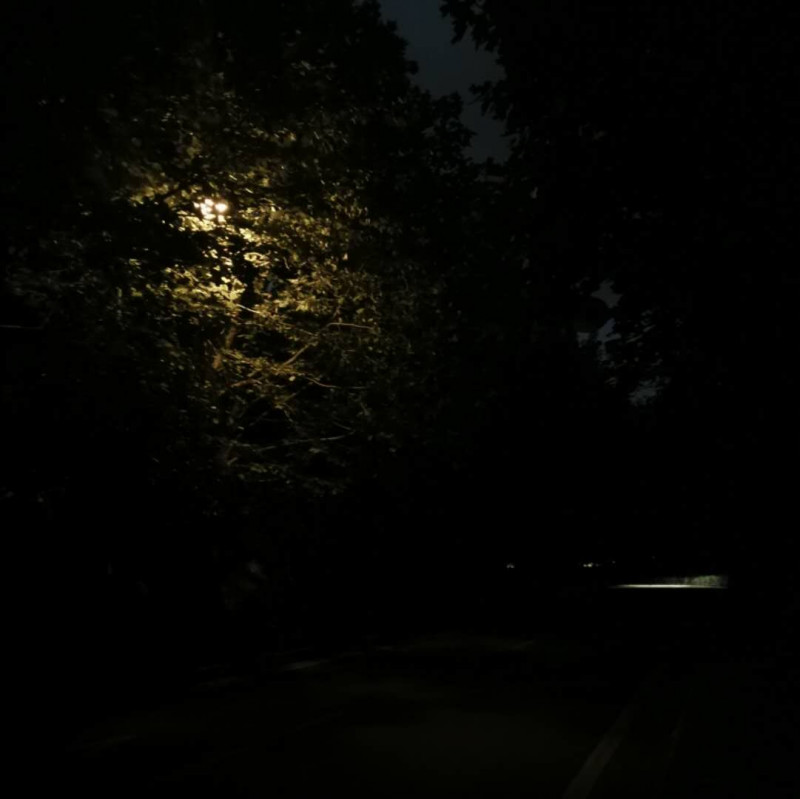 "And we picked on toward the secret shade and our eyes would drown together touching on his hands and my hands and I didn’t say anything. I said, “What are you doing?” and he said “I am picking into your sack.” And so it was full when we came to the end of the row and I could not help it."

—William Faulkner, As I Lay Dying