As Valerie sat in the passenger seat of her mom’s car, her thoughts were racing a million miles a minute. “Who am I going to sit with at lunch?”

“What if nobody likes me?”

“Oh my gosh, what have I gotten myself into?”

The car pulled the driveway of Valerie’s new school, the widely known and prestigious all-girls Eastview Academy, where she awaited her fate.

When Valerie first got into Eastview in March of eighth grade, she was somewhat excited and hopeful because at this new school, nobody knew her. She could reinvent herself, make herself sociable and popular.

“Ha, sociable and popular!” she laughed at herself.

Never in a million years would she call herself that. In all three schools she had moved to and tried to reinvent herself to be “sociable and popular”, every attempt was futile. But in truth, did she even really want to be that. Was she willing to give up all of her much-enjoyed free time and nerdy habits?

The car stopped at the front door of Valerie’s new school and physically, she was ready to start freshman year of high school. She could see groups of girls running to greet each other after the long summer. In the split second that Valerie before the start of her high school horror show, she scanned the area trying to quickly figure out where she was supposed to go and make a battle plan, according to her self-enforced social rules.

2.       Avoiding having to ask someone a question at all costs, but if necessary, always an adult privately.

4.       Never ever say anything, do anything, wear anything, bring anything, or show any emotion that will make you stand out.

She recited her rules to herself, took a deep breath, opened the car door, stepped out, and welcome to high school.

“Bring!” the bell rang, and with schedule in hand, Valerie ran off to class. Fantastic, English first.

“Oh, I hope the English teacher is nice,” she thought to herself

She walked quickly to class, entered the door, chose the perfect seat (middle row, far right side), most inconspicuous and forgettable seat there is. She sat down, got her computer out to “check her email”. Oh, wait there was an email! No, just the English syllabus.

Finally, the teacher and the rest of the students came into the classroom.

“Hello Freshman English,” the teacher said, “my name is Mrs. Kyle. I am looking forward to getting to know y’all. Let’s start out by playing a game. We will go around the room and say three interesting things about yourself. How does that sound to everybody?”

“Oh no,” Valerie said to herself, “what am I supposed to say? Of course, she wants to make us individuals on our first day. Why can’t we just do writing like a normal English class? What am I even supposed to say? I do not want to tell everyone about my life, that’s none of their business.  Uhm… one can be…Oh, I have two brothers. That’s generic enough.  Two, maybe, oh, I have a dog. And three…”

Slowly, Valerie stood up to say her three facts.

Quietly, Valerie said, “Hi, my name is Valerie. I have two brothers, I have a dog, and…” .

Her wheels were turning while desperately trying to think of a third fact.

“And… I moved over the summer,” She said hesitantly.

“Fantastic, thank you Valerie,” Mrs. Kyle said, “Next, how about you Clarissa?”

“Oh, thank goodness that’s over,” thought Valerie to herself.

Finally, after that activity, they moved on to writing practice, which was right in Valerie’s wheelhouse. She had loved writing ever since she learned. She was constantly writing stories, poems, and alternate endings to her favorite books. The writing prompt was What did you accomplish this summer? Easy, she completed the enormous stack of book on her bedside table and learned the entire lesson plan for three of her least favorite classes. But could she say that? No, she should say something more normal. But before she could settle on an idea, the bell rang, and class was over. No problem, she could just do the paragraph for homework. Valerie had bigger things to worry about. Like how the heck she was going to make it to the next class.

Next came the dreaded three-minute rush. All classroom doors opened, and a stream of teenage girls flowed out. If you did not get to the front of it, it was an indefinite tardy slip, and that was a direct violation of rule number five. As much as it pained Valerie to do so, she pushed her way to the mob as discretely as possible in order to make it to science on time.

Valerie checked her schedule to see what classroom it was. Oh no, oh, no no no, it was on the complete other side of campus. She would have to go all the way down the stairs, down the hall, go outside and across the street to the STEM building, walk down the stairs to the basement, and to the classroom at the very end of the hall, all in three minutes while pushing though a group of girls who were all Amazons in comparison.

Valerie raced down the stairs and she was feeling hopeful for herself. According to her quick math, she was going to be right on time for science class, but on the last step of the stairs, her foot turned in, her books went flying, and she fell to the ground. Girls flowed around Valerie whispering about the klutzy girls the just fell down the stairs on the first day of school.

Some said, “Oh my gosh, what the heck, she is going to make us late for class.”

Others snorted, “Ugh, can’t even walk down the stairs correctly.”

But some just laughed and said, “Move”.

While sitting there on the ground and girls filtered around her, her face turned red, and tears begun to fill her eyes.

“Stop crying, stop crying, dang it, don’t break rule number four” she yelled at herself and begun to pick up her books.

“Hey,” she heard a girl from behind her say, “I’m sorry that they’re such jerks,” and she begun to help Valerie pick up her books.

“I’m Clarissa, you’re Valerie, right? We have English together,” she confidently said.

“Do you have science with Mr. Harper next?” Clarissa asked.

“Come on, I’ll show you a shortcut to his classroom,” Clarissa said and smiled.

Clarissa was right, it really was a short cut. They made it there in time and sat down together just as the bell rang.

“Hey Clarissa, thanks so much for helping me.”

“No problem. Trust me, I know these girls, they can be hard to deal with alone.”

And with that, Valerie smiled, just as class was starting.

“Ok, class, welcome to the first day of high school, let’s talk about the structure of the cell…”said Mr. Harper.

Finally, after an hour, class ended and it was time for lunch.

“Oh my gosh, Valerie, how did you know all that about a cell, that’s so impressive.”

“Easy, I looked at Mr. Harper’s lesson plan in the syllabus over the summer,” she said with a smile.

Clarissa laughed and said, “Wow, ok Valerie, try’na make me look bad. I hope you can help me with science this year. I really stink at it.”

This took Valerie by surprise. Nobody had ever asked her to sit with them.

“Yeah, I would love to,” she said with an enormous grin.

Maybe the next four years would not be so bad, after all now she had Clarissa. Clarissa went on to introduce Valerie to two of the girls at lunch and they all instantly became great friends.

The introvert experience is never an easy one, but if you meet at least oneperson who will be with you and stand up for you when you are too afraid to, it can be a beautiful thing and create the strongest of friendships. 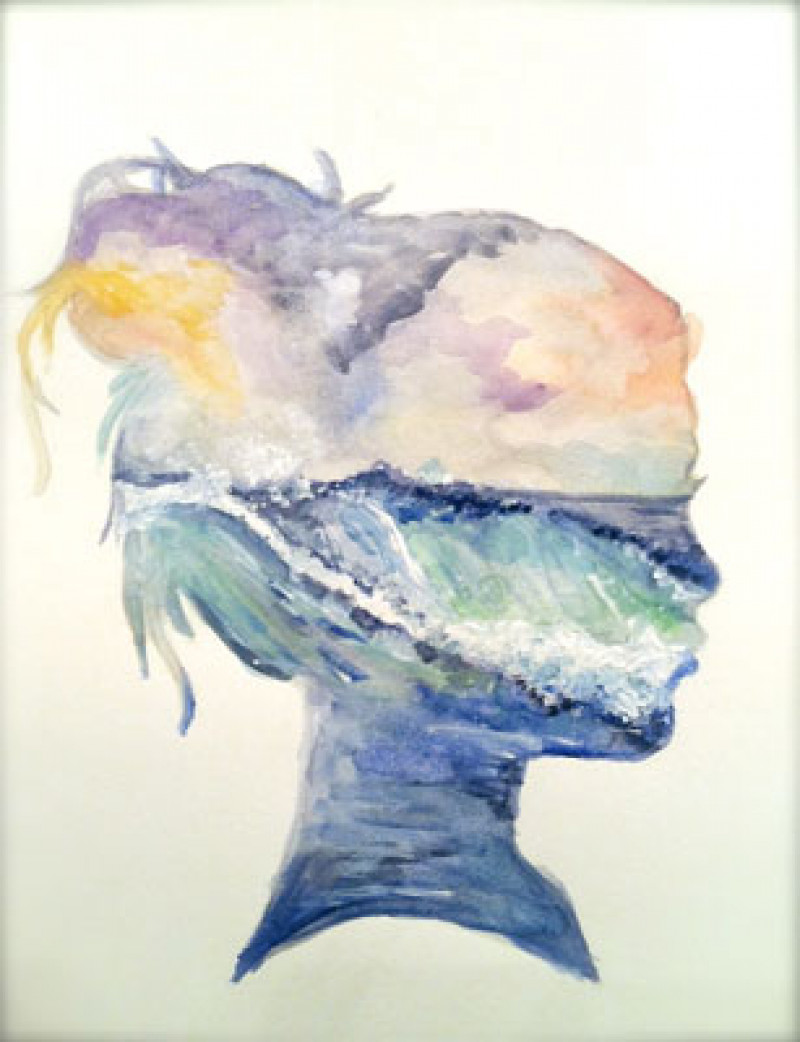 View profile
@CrazyCatLady6 Thank you so much! I have friends who are definitely "Clarissas", they make it easier to be a "Valerie", lol.
cmariej GOLD said...
on Aug. 8 2021 at 6:30 pm
cmariej GOLD, Buckeystown, Maryland
11 articles 0 photos 19 comments

View profile
@SparrowSun No, I've never heard of Frank James, I'll look into it though. Thanks for the suggestion!
SparrowSun ELITE said...
on Aug. 3 2021 at 1:36 pm
SparrowSun ELITE, X, Vermont
197 articles 22 photos 1039 comments

View profile
This is so sweet! Even though I'm more likely 2 be a Clarissa type person... I have loads of friends who are like Valerie (also great name choice! Though I only like the name Valerie bc of the character from Call the Midwife 🤣) well done!