All you can see are a person’s eyes. Or at least that’s how I see Jake. Six feet away under FoodMart fluorescent lights. I recognize his shoes from Chemistry class. Red Adidas with Sharpied on stars. Six months ago I would watch them while the teacher talked. Just because they were there. Under the chair next to mine. It looks like he doesn’t recognize me, but I see that his eyes are green. I hadn’t noticed them before.

That night I arrived early. I didn’t want to have dinner at home. I bought tater tots and a root beer and sat with the tattooed waitress. She seemed as lonely as I was. She was usually there at the same time and would slide me discounts. I bet more out of pity and a sort of maternal instinct than anything else. She was better than the kids I went to school with, meaning she could hold a conversation about something other than Grand Theft Auto or the upcoming math test. She’d let me rant about corrupt politics and chores. I couldn’t tell you her hopes and dreams, but it was a good friendship.

I don’t remember when Tyler came in, how early or how late. I barely knew him then, just that he had joined my English class mid-semester due to “complications.” When I was finished with my open mic set, I walked over to the bar to ask for a to-go box. The bartender looked at me, then at Tyler who was sitting at a table nearby. “No kids allowed starting in ten minutes.” I said I already knew that.

“You have good songs. Your name’s Jocelyn, right?” Tyler was next to me now. I saw him eye my guitar case.

“It’s Lyn.” I pursed my lips and grabbed my box from the counter.

“How long you been playing?”

I lifted my guitar up and over my shoulder. “I don’t date.”

“Well, I wasn’t gonna ask. Trying to put a band together, my friend Jamal and me. We need a singer.”

“You don’t need to like us.” He handed me his phone.

Two days later I took a bus to Tyler’s house. His mom was outside smoking a cigarette when I got there. Her overweight pug sat dormant on her lap. She waved, and in a strong southern accent, laughed, “Ya don’t look like his other idiot friends.” Tyler bashed open the screen door and three little boys scattered like birds onto the front lawn.

“Jamal’s not here yet, but come on in,” Tyler called from the porch. I hadn’t noticed his accent until now. He led me to a room toward the back of the house which he introduced as “The Cave.” On the walls hung a couple of guitars and a bass. A portable record player was tucked in the corner. I sat on his torn couch admiring the room when I noticed a tall kid standing at the doorway. Jamal nodded at me and said hello to Tyler. He had big hair that fell around his eyes and was carrying a stack of what looked like ten to fifteen records.

“Garage sale at my dad’s house.” He sat down beside me and set the records on the table in front. Tyler picked through the stack. “Billie Holiday, Red Hot Chili Peppers, Johnny Cash. Dude, these are eclectic.” He laughed. Jamal closed the door and Tyler brought over the record player like the start of some ritual.

“Lyn,” he handed me Johnny Cash. “Put this on. He’s my favorite.” I turned my back to them, fumbling for too long before the twang of Johnny’s guitar finally began.

Jamal closed his eyes and lay on the floor. “This man. A legend.” Tyler sat cross-legged on the rug, staring as if in a trance and nodding his head with a stiff smile. Every so often he would call out the key change or pluck along on guitar.

Jamal turned and I was startled by his eyes, blue like mint toothpaste. Then he said to Tyler, “Truth or dare?”

“Dare, obviously.” Tyler stood up and bounced in place, stretching his arms behind his head, “Better not be lame,” he laughed. He reminded me of a kid, his smile tugging at his cheeks.

Tyler stood still for a moment, then, “Alright, sweet.” Before I could say a word, both boys were up, gathering coats and heading to the fridge.

“You guys aren’t actually gonna do this, right?” I stood and leaned against the doorway.

“Why not? The guy sucks, trust me,” Tyler said. Jamal nodded in agreement. “What happened to ‘needing a singer’?” I asked.

All I knew about Jake was that he was popular. By that I mean he had a girlfriend and played soccer. People like that all mixed into one person for me and I guess Jake Miller could be that person. Jamal took a toothpick from his pocket and chewed on it for a moment before dropping it on the kitchen floor and walking outside. Tyler’s mom watched us leave without saying a word. Taking long drags of smoke, she stared as an animal would, plainly.

“What’d this guy do anyway?” I asked as we got into Tyler's sedan.

“He’s just a jerk, y’know?” he said, “Like, he’s got all this attention, all this praise. You’re like us, Lyn. One of the underbellies. He’s part of the system, part of the problem, get what I’m saying?”

Jamal turned to me and nodded, then sighed and moved to rest against the window. I was in the back hunched over with my elbows pressed against my knees. The car smelled like weed and hot leather.

“I know where his house is,” Tyler said. I looked at him. “What?” he shrugged. “I’m not some creepy stalker--it’s just right up the street.” He shook his head at me. It was a few blocks until we pulled up to the start of a row of big, heavy houses. I stepped out onto the sidewalk and slammed the car door shut. The trees and buildings loomed over us. All of it quiet. I saw Jamal and Tyler exchange looks. Still, I couldn’t help but imagine sitting on one of those wide porches with a lemonade. Reading a book in one of those tall bedrooms. Playing with a dumb, fluffy dog out in one of those backyards. No wonder magazines frame this, and not mobile homes or washed-out one story houses. No one wants to see those lives.

Tyler held an egg in his palm, perfect and lifeless. He handed one to me, and then to Jamal. Two cartons were stuffed awkwardly inside his front hoodie pocket. The sky was melting into that twilight shade when the world looks like it’s sinking underwater. Everything stripped to its basic shape and form for the night. Jamal paced back and forth. He stared thoughtfully at the egg before opening his mouth to say something, then changed his mind.

Tyler pointed excitedly, “There it is.” Jake’s house was navy blue and sitting between two lighter-colored ones. It was larger than both. A car was parked in the driveway, a sleek white BMW. I pulled the hood of my sweatshirt up and over my hair, feeling a sense of comfort in that. Maybe it made me feel more like a bad kid. An underbelly, as Jake said. Not just a girl who picks up the beer bottles left around her living room.

“Alright, Lyn,” Tyler pushed me a little and laughed, “Show us your stuff.”

Tyler sighed, took the egg from my hand and hurled it. It splattered like a big raindrop on the second story, barely missing a window.

Jamal tossed his next, “Screw all of this,” he muttered.

I grabbed one from Tyler and sent it hard into the air. It cracked against the painted wood. I laughed and so did Jamal.

“Screw all of this.” I threw another. Jamal chucked one at the door.

The sky was getting blacker. We started dancing around like toddlers, spinning and splattering eggs at our feet, on the trees, on the asphalt.

I could feel my blood pumping. “Screw all of this!”

Suddenly the carton was empty. We looked at each other, the night having stolen our faces and replaced them with soft shadows.

Tyler cracked his back and tossed the carton onto the lawn. “I’m hungry,” he said. Jamal started walking back to the car. I followed, stepping over the cracks in the sidewalk. Weak blades of grass stuck out from some of them. I stopped to lean against the door for a moment next to Jamal. Tyler started the engine.

“Did you hear Jake’s dad died last year?” he asked me.

I looked back at the house. The splotches were small and hard to make out now. Most of them dried fast, but one of them dripped quietly onto the lawn.

Jake and I are both standing in the dairy aisle. His eyes are focused on what brand of cream cheese to buy. I start picking at my fingernails.

“I like Kraft,” I say, enunciating through my mask. He looks at me for a moment and then away. He grabs Philadelphia.

I clear my throat, “Weird end to a Junior year, right?”

He pauses. It’s easy for a person’s eyes to look desperate when they’re the only thing exposed. “You never talked in class.” I watch him as he walks over to the checkout line. All I have in my basket are eggs and cereal.

note: This piece was also published in the Cathartic Youth Literary Magazine. 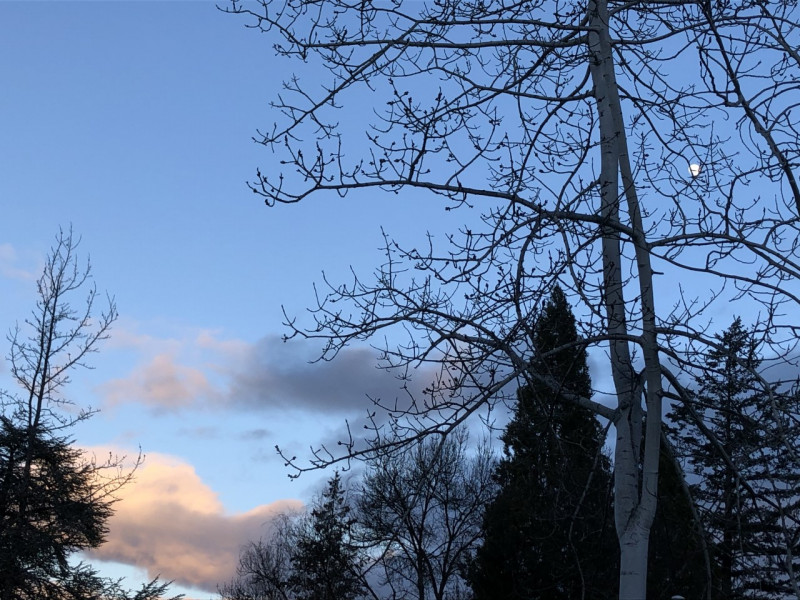 During the pandemic, I was inspired to write something that captured the feeling of teen angst.