He was gone. Gone with the rest of them. She buried her head in her velvet pillow, fighting back tears.
A small flicker of hope arose in her stomach. She grabbed her phone and dialed his number quickly, not needing to look down.
“Hey! This is Evan! I’m no here right now, so you can leave a message and I’ll get back to you as soon as I can!”
She almost laughed, but the hope was extinguished by her tears.
Maybe he was at the store. Or the post office. Maybe he was coming over to her house and they would celebrate the fact that he didn’t go to work today. Impossible. Deep down, she knew he was gone.
She fingered her engagement ring. “I want to marry you, I really do, but I’m still poor!” he had laughed, his handsome face crinkling and his blue eyes merry. She had giggled like a love-struck ninth grader and let him kiss her. Now he was dead. It was hard to believe that just this morning they had talked on the phone. That she had showered and dressed and ate breakfast like a normal person on a normal day. That she had flicked on the news like she did every morning. And then her life had changed
The footage was horrific, the buildings crumbling into smoke as she watched. She had wanted to turn it off, wanted to leave the house, to run until she couldn’t run anymore, to be unfeeling. But she had kept it on, unblinking. Now the images had seared themselves under her eyelids. Whenever she blinked they were there, vivid in black and red, and he was always there, falling, falling...
She must have cried herself to sleep, but her dreams brought her no relief. She cried out as building after building exploded in her mind, as his face crumpled into ash and dust. She awoke a few hours later. Sunshine streamed through the window. How could it be sunny? How could the world still turn, the earth still be bright and green, when a tragedy had just taken place?
The phone rang, it’s clear notes sending any sleepiness rushing from her head.
“Hello? Evan?”
“No, Kristi. It’s Ella.”
“Oh.” Her spirits deflated like a popped ballon. “I’m sort of busy now.”
“Look, I’m sorry about Evan. He was a great guy.”
“A great guy? Look, Ella, that doesn’t cover it. He was amazing! And now he’s gone! How can life be so unfair?” She was sobbing now, her words coming out in great gasps. “And I loved him!”
She could hear Ella breathing on the other end of the line. She obviously didn’t know what to say. When she finally did speak, her words seemed to be uttered with great caution. “I know. I know you loved him.”
She forced herself to stop crying. “Thanks. Bye.” she muttered, handing up the phone. She wandered into the kitchen. There he was, his picture, handing in an ornate frame. Both of them. Her eyes filled again with hot tears, but she didn’t allow them to spill over.
He wouldn’t want her to cry. Later maybe. Not now. She walked slowly back into the living room and turned off the T.V. Later. Not now.
She shook her head and put her palms over her eyes. Little bursts of light exploded under them. Later she would think. Not now. 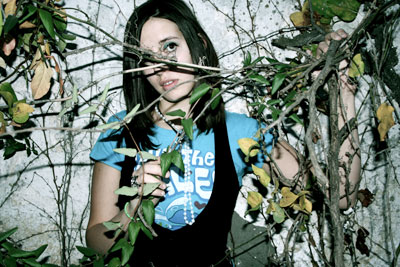 Favorite Quote:
" I wasn't built for conformity, I was born to stand out from the crowd"
" In the end, it's not going to matter how many breaths you took but how many moment tsook your breath away:"- Chinese man
"I have tried, in my way, to be free."-Leonard Cohen

View profile
oh my gosh...that was so sad. but great story.