I was what a lot of teenagers called me at Auschwitz, a rebel, and I was afraid of nothing.
I loved the rush of adrenaline when I broke the rules.
Every night I dreamed of me building my own airplane and flying it across the open waters of the Atlantic, but my dreams were not my favorite memory.
My favorite was when I was awakened by the putrid smell of the guard’s breath as he yelled in my face to wake up. I got out of bed and started my day with a smile, one of the exact things that the Nazi's prohibited in the camp. "You know the rules! No smiling!" I continued to smile as I said, "Well, I don't follow the rules, not when they have a face like yours and especially not if they have a face like Hitler's." His hand hit my face hard enough to throw me into the wall, but as I sat up, I laughed at the hilarity and the electric rush I had in my blood after insulting that monster's 'boss' I knew I could get away with it because I was stronger then him, and I was the best worker, but the real reason that irritated them was because I was a sixteen year old women. "UGH! You're mad!" He said as he left in a fit of fury.

I always spent my day worry-free.
I didn't worry about how my Father was forced to help throw my Mother's corpse in the fire.
I didn't worry about how I had no choice but to pitch my sister's rag-doll body in a mass grave; even if I knew she was still alive.
I didn't worry about when Father lost his sanity and jumped in the fire.
I didn't worry about the ghastly smell of the smoke that was as black as the devil's breath.
I also didn't worry that I was going to die.
"Number 600139! Get to work, now!" I turned my head sharply as I was pulled out of my daydreaming and said to the Nazi, "My name is Silver, S-I-L-V-E-R, get it? I don't go by numbers!" I knew I had step over a boundary, and I didn't care. He grabbed my arm and dragged me to the center of the work yard. "All of you stop and take a look! This is what happens if you act like humans here, you are nothing but trash that needs to be disposed of, you have no identities her!" He dug the barrel of his gun into my side and kicked me in the gut, and then he slammed his fist in my face. He though I would stay down, yea, as if. I kicked the back of his knee, and I gave him what he gave me, a bloody good punch.
He held his nose as he said, "How dare you, you little wench!" He lifted his gun saying, "What do you have to say about death? I bet even YOU don't have the guts to answer THAT!" I smiled extra wide, replying, "I believe death would be an awfully big adventure." 'BANG'

I stood over the body of a stranger that day. The girl at my ghostly feet was a prisoner, and I was no longer that, I was free, finally, I was free!
I laughed as my spirit drifted to the soldier with the gun. I knew everyone could see my ghost, their eyes said it all. His were filled with fright as I said, "You didn't kill me, you only set me free." As my spirit rose to the sky, I heard applause from the other captives, and relished in my victory.

I had finally gotten my dream, now I could fly wherever I wished, and my family was together at last. 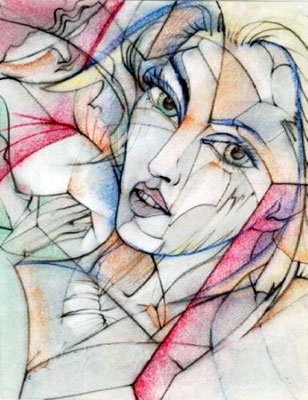 The author's comments:
This is going to sound strange, but I love researching the holocaust, and I believe that the lost voices need to be heard. This article is what I think a teenager who believed in humanity during that horrible time would have done to those they loathed the most: The Nazis.
I hope all the readers like it, I would be eternally greatful if there were comments. Thank you.
Post a comment
Submit your own

I like this, firstly because of the historical element...very nice!

But i had to smile when she said 'I believe death would be an awfully big adventure!' Love Peter Pan!

Favorite Quote:
I Need To Start To Be Myself, Cause' I'm Sick Of Everyone Else- Broken Man- Boys Like Girls

View profile
i dont think its strange at all that you like to research the holocaust. i do 2. check out my poems if u can, they might still be pending. one is called "right now"
Animanora1608 BRONZE said...
on Oct. 28 2010 at 8:38 am
Animanora1608 BRONZE, London, Other
2 articles 0 photos 5 comments

That was some powerful stuff-i especially like the way the piece didn't stop when she died, but went on after to enforce the point. Great-keep writing!

By the way, at some point, you said 'her' when i think you meant here? Thought you might want to know.

View profile
Thank you, I am eternally grateful that you posted a comment. Oh, and just a heads up, if you like vampires, and otherworldly creatures, I will be contributing another story soon. I love your username too. If you don't mind, could you tell me some titles of your work, and I will repay you by giving you comments to the best of my ability.(I am a bit short on time at the moment I am afraid, so this is my reply to the comment below this as well.)
Mythbuster728 SILVER said...
on Oct. 20 2010 at 7:46 pm
Mythbuster728 SILVER, Kenosha, Wisconsin
5 articles 0 photos 7 comments

This was beautiful. A little unrealistic, but honestly beautiful! You got your point across amazingly well and it was a good point to prove :)

Keep up the good work!