The Ones Who Watch | Teen Ink

The Ones Who Watch

Favorite Quote:
In that basement we were exactly who we wanted to be,
rock stars and poets, artists and designers.
That basement was our haven
because when we walked up those stairs
we were just teenage kids again
with dreams that were just too big.

In response to President Kennedy’s speech (in 1961) to Congress about falling behind technologically to the Soviet Union, American Commander, Neil Armstrong was the first person to set foot on the moon. The Apollo Mission 11 crew had successfully defeated all other rival countries. That day, July 12, 1969, will forever be etched into the memory of millions of Americans. Even President Nixon himself called the crew (of course, this was before the Watergate Scandal) while on the surface in the “most historic telephone call ever made” to congratulate them. America was on top of the world. Conversely, if that had not happened, and if perhaps there was an alternate reality, or an alternate ending, what would it be?

As Neil set foot on the surface, he was overcome with joy. He had accomplished it. He was the first man to walk on the moon. His name would go down in history. All of the little girls and little boys would know his name. He was officially famous.

Now, while Neil’s thoughts wondered on and on as he collected samples for the scientists back on Earth. Little did he know, his life would change even more drastically in less than an hour. At this very moment they are watching him and his crew. Silently, and invisibly they are watching them. It seems unfair, really. Humans are merely curious. They mean no harm. They only wanted to reach out of the box. It is devastatingly unfortunate that they had to reach in this direction.

As they watch them, they whisper among themselves. The question is what to do what the humans. Shall they set them free? Interrogate them and take back those samples they are mindlessly, and also rudely, stealing from the planet? Or will they simply dispose of them? After all, they did come here with no prior authorization, or even a warning. They simply showed up.

The ones who are watching decide it would be in the planets best interest not to make a decision right away. They will bring it to the attention of Maya, the one who sees. She will know what to do. They send a message to the council, alerting them, and quickly explaining the situation. They close their eyes and concentrate, and then they make the trip back home.

“Queen,” they each mumble.

“What is the meaning of this?” Maya asks, “What was so exceedingly important?”

They frantically look at each other, wordlessly discuss who will speak. Finally the one who is nearest to her addresses her. “My Queen we are terribly sorry for the intrusion. We would not have been so eager to speak with you had this not been of vital importance.”

“My Queen, there are humans on our planet, Glacia. They have only just arrived, and are currently taking miniscule amounts of the planets land to take back to their own planet.” This statement wrung our several gasps from the Council. Several members were so shocked that they lost control of themselves and became visible for a few seconds. The Queen herself turned a mild bluish-purple color, a colossal difference than her normally soft green complexion. She did, however, find it in herself to turn to whoever became visible and scowl at them. Never become visible in the presence of royalty. It is blatantly disrespectful.

“Humans,” Maya hissed when she finally got herself together.

The Queen thought silently for a while. She spoke within herself, asking her ancestors for their advice. They, too, were baffled. They argued amongst themselves. Maya gave her opinion, and asked them to settle down. She was always the peace keeper when it came to family. Outwardly, it was evident that she was having an internal conflict.

After what seemed like light years, they came to a conclusion. Maya agreed. She then presented the plan to the ones who watch. They were astonished by her decision. They would have preferred to have handled it in a more civilized manner. Of course, they should not have thought that in the presence of the Queen. Though when they realized they had questioned her solution, it was too late.

“You wish to be more civilized?” she asked.

They quickly apologized and offer many sacrifices as possible animate apologies. The Queen tsked, “I will show you the humans.”

Puzzled the one who spoke before hesitated before saying, “We have seen them your highness.”

The Queen shook her heads and closed their eyes for them. On their eyelids she brought forth images. The first image was of several humans growing some sort of plant. They were speaking among themselves when out of no where more humans came. They began to shoot the plant growing humans. They made hundreds of them walk for an exceedingly long amount of time.

“They call this abomination The Trail of Tears. They watched their own die. The humans that you see there they care called Native Americans,” she explained.

The next image was that of a human man playing with his children in what looks to be a place of residence. The same man embracing what seems to be his wife. Then the man made a speech in front of millions of other humans. “He preached equality among his fellow human,” she clarified. The next image was of the same man getting shot by a weapon of some sort on a hotel patio. “His name was Martin Luther King Jr.,” she said, “and that’s just the being. You don’t want to know about a people called Nazi’s, or what slavery is, or war, or organized crime.”

The ones who watch are speechless. “This is merely a glimpse of these humans. They are an incredibly violent species. They do not serve a positive purpose in this galaxy. Now, do as I say,” she said surprisingly gently.

The ones who watch nod, and before they finish the movement they are brought back before the humans. They each hold long red vase, with a black top, containing the Element. They stare solemnly at Neil and his crew, observing them. With the dazzling smiles on their faces, it’s hard to believe how excruciatingly vicious they are. However, the memories of the visions were still fresh in their minds. Because of this, the felt no remorse for what they were about to do. Taking deep breaths, they take off the tops of the vases and release it. 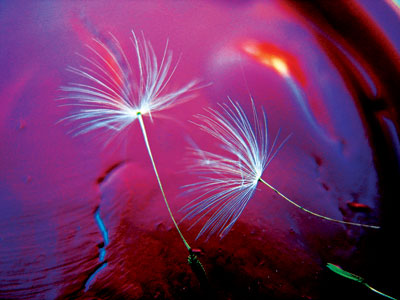