When Japan commandeered Manchuria in 1932, the Second Sino Japanese War was going horribly for Chinese forces intent on repelling the Japanese invaders. The Chinese were shattered, and retreated to city after city until they made it to Shanghai, refusing to surrender. But, as many would soon learn, it was already too late...

Rin, a young girl living in a fishing village right outside of Shanghai, had lived most of her life with her siblings. They would play each day and live childhood to the fullest.

Rin’s father was considered “Manchu” and not fully “Chinese”, and was assigned the job to catch fish for the troops stationed on the island so that they would have some chance in defeating the advancing Japanese troops.

Around two days into the invasion, Rin's father walked off onto the beach with a pile of food in his arms to never be seen again. Rin never had much of a choice to say farewell to her father, and even today she doesn’t know what killed him. Probably some rocket or bomb from the Americans, but at the time it didn’t really matter. Soon everyone around her would perish due to frequent firebombings. Her mother, her aunts, her uncles, everyone except her and her siblings. The only choice she had was to run

She ran away with her siblings, a brother who was four years old, and a sister who was seventeen years old. They set off south, as it was the only place her father may possibly be. They reached the city of Nanjing and came across a complex full of refugees. Rin and her siblings pleaded with the administrators to give them a place inside the complex to stay but to no avail. There were just too many refugees. So, the children went off to a nearby cave, and spent the night inside. The next morning, they went back to the city of Nanjing to find the refugee complex completely destroyed, and everyone inside dead by airbombings.

The children continued south on a narrow road until they reached a small body of an infant, infested with maggots and covered in splattered mud and dried blood. Rin screamed in terror. She had never seen something that graphic, but she was going to get ready to see more when she saw the charred bodies of women and children sprinkled about the road.

That night, they went to a nearby beach and slept in abandoned foxholes. In the morning, Kyoko went to get water from a nearby well before her brother and sister woke up from their rest. When she came back with a bucket of water, she saw them both lying dead near the seashore, their clothes ripped to shreds and their bodies wading in the water. Rin dug them each graves, and pledged to give them proper funerals when the war ended.

Rin continued her journey south, passing by the many war horrors that infested her seven year old mind. She saw bodies disposed of like trash on the streets of every town she passed, and Imperial Japanese soldiers ransacking civilian houses, killing those who refused to give them proper supplies. On one occasion, she hid in a cave for the night, trying to escape the sounds of screaming and shouting of those dying outside from air raids. Inside the cave, she found a small boy and his mother taking shelter, each looking malnourished.

“Would you like a gumball?” she asked the small boy, handing him her last piece of candy given to her by her eldest sister. The boy anxiously swallowed the gumball whole, smiling at its sugary taste. The mother offered her a small blanket, and she slept in the cave for the night. She awoke to the sound of the boy crying over the body of his mother. She was dead. Rin guessed that it was because of malnutrition.

She left the boy with his mother to weep, and continued south. She passed many caves, infested with dead bodies and maggots, she dug graves for each dead person she saw. She even dug graves for the maggots, as if they were real people.

The constant sound of mortar fire and screams kept her awake during the night, reminding her of what she had lost. She hung on to the hope that her father was still alive, which was the only thing keeping her alive.

On one fateful day, however, Rin’s suffering would come to a slight end when she encountered a small squad of Chinese troops, stationed near a small ledge overlooking the sea. The troops fed her small portions of rice each day, and she was grateful for their help. The soldiers deliberately refused to give her their names for the fear that she would suffer once they met their certain end on the battlefield. Kyoko stayed with the troops for a week, scavenging for things the soldiers couldn’t give her. The last day she would spend with the troops would be the last day they would be living, as they were each killed by Japanese troops, but she was able to make a quick escape into a small cave. Inside the cave were an older couple, huddled together as they cooked small portions of rice.

They refused to give Rin rice, to which she responded by stealing all of the rice and quickly sprinting out of the cave. She was followed by the couple to the same ledge to which she had resided before. She had two choices. Surrender the rice to the couple and risk getting killed, or jump off the ledge to her death. She chose the latter, and deliberately leapt off of the ledge toward the sea. To her good fortune, she was saved by a small tree branch, but to her misfortune, the rice she had carried had fallen into the sea.

She made her way back up to the top of the ledge and continued her journey south during the night, cannon fire and bombs illuminating the night sky like fireworks. Rin ran away from the sounds of battle, trying to forget everything she had experienced up until then, but she couldn’t do it. She accepted the fact that her father was probably dead, and ripped a piece of white cloth from her undershirt, and held it up into the sky. She walked into the direction of the battle, ready to surrender everything she had known and experienced, for the hope that she could live on without running away anymore. 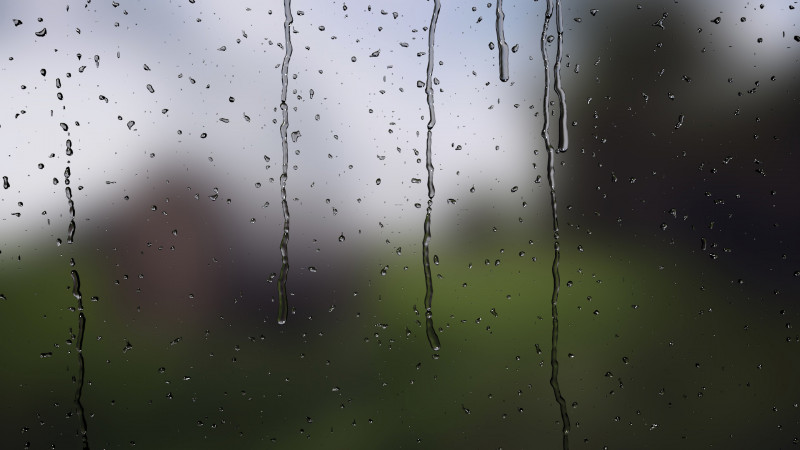 This piece is a love letter to the animated movie Grave of Fireflies. In addition, it also is a piece that honors all children who have been left alone in the cruel carnage that is war.