Yao and I stared at the baby panda in front of us. Even though we were kneeling, the panda was almost taller than us and it still had many more years to grow.

I glanced at Yao and he nodded.

It was bath time.

Panda didn’t particularly like bath time. Yao and I didn’t either. That is, we didn’t like it when it was his turn to take a bath. He never came quietly. He was always ready to put up a monstrous fight to keep himself from getting clean.

It had almost become a challenge. It was a ritual now.

It was a long and painful ritual.

Yao whispered to me, without moving. “I’ll take the left and you take the right, aru,”

I nodded and whispered back. “On three. One…two…three!”

“We’ve got you know!” I said. I moved forward to grab him. I saw Yao doing the same thing opposite me. We had trapped him!

To our surprise, Panda vanished. He had zipped away, fast as lightning. We looked around quizzically, trying to find him. Before we could call for him, I saw a flash of black and white behind me. A second later, I felt a fuzzy paw pushed my head towards Yao. I saw Yao’s head being pushed from behind as well.

Our heads collided in an explosion of stars and blurry vision.

I held my head in my hands, trying to get rid of the splitting headache the impact had caused.

We barely had time to collect ourselves before Panda slid the front screen door open and disappeared into the bamboo forest outside.

“No, Panda!” we yelled simultaneously. We dashed outside, hoping to find him before he lost himself in the maze of bamboo.

Yao and I split up in order to look for him.

I stomped through the forest, calling for the stubborn panda. I heard Yao calling some distance away. All of a sudden, everything became still and quiet.

“Panda?” I whispered, afraid of disrupting the silence. “Where have you gone?”

No reply. No sound. No movement.

I tiptoed around stalks of bamboo, searching for black and white.

I heard a rustle behind me.

I whirled around, my hands up in the defensive position that Yao had taught me. “Panda?” I asked.

Something crashed into me from behind, knocking me over. I saw the familiar form of Panda leap over me and charge into the forest. Yao leapt over me as Panda did and ran after him. He called over his shoulder, “I found him, aru!”

I stood up and sprinted in the other direction. If I could reach the center of the forest in time (which seemed to be where Panda was headed) I would catch him in front while Yao came at him from behind.

I came to the center clearing and waited, panting. A few moments later, Panda charged through. I set my feet apart in a balanced stance and held my arms out, ready to catch him.

I was nearly thrown off my feet again when Panda barreled into me. I held him in a death grip, daring him to escape.

Yao grabbed him from behind and we carried him back to the house.

“Can you pass the soap, aru?” Yao said, smiling. I handed him the pink bar of soap and smirked as Panda squirmed. He was soggy and grumpy, but he accepted his defeat.

“I’m sorry, Panda,” I said, stroking his wet fur. “But everyone has to have a bath sometime.”

Panda grunted in reply and sank down further into the bubbles in the tub. 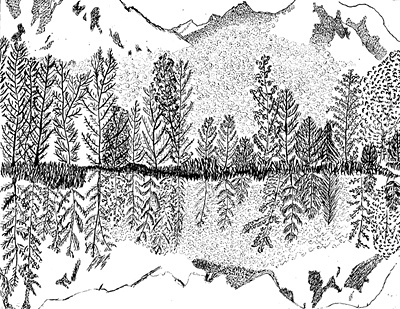 The author's comments:
China is currently my favorite Hetalia character. I hope you enjoy!
Post a comment
Submit your own