What A Mom Knows | Teen Ink

What A Mom Knows

It had been a week since they had told the team that they were together. It was a little awkward at first with them asking questions but things were finally starting to settle down.

“Are you two living together?” Garcia asked as Spencer walked in to the bullpen and he couldn’t help but blush.

“Why are you asking me this?”

“Because Derek won’t answer me.”

“On and off,” he answered “We have a “me casa su casa” type thing, but we don’t live together the whole time.”

“Right, have you told your parents yet.”

“My mom knows, I told my dad and Derek told his sisters and our friends know.”

“What about his mom?”

“He’s planning on doing that today actually. He’s just really nervous so he’s not in a playful mood.”

“Watch,” Reid said as he walked towards Morgan’s desk, “Hey,” he gently kissed the top of Derek’s head placing a cup of coffee on his desk.”

“Not now Spence.” He sighed.

“Love you too Spence.” He smiled back sadly.

“What are you doing?” Spencer asked watching Derek furiously attacked he keyboard. It was their lunch break; everyone had gone out except for Derek who said he had to do something. So Spencer, being the kind of boyfriend that he is, brought him back something, “I got you that burger you like.”

“Thanks, I’m writing an email to my mom.”

“You’re coming out to your mom in your email?”

“Once I send it out, I can’t take it back and its way easier than doing it over the phone or face to face.”

“Am I included in this email?”

“Yes.” Derek beamed up at him as he pressed the send bottom. “And because she doesn’t check her email till Saturday I got a week to sweat this out,” Suddenly his phone rang, “SSA Derek Morgan,” he answered the phone thinking it was case related.

“Derek sweet heart I just read your email.” It was Fran, his mother. Derek dropped the phone.

Reid sighed picked it up. “Sorry about that, Derek dropped the phone. This is Spencer Reid.”

“Hello Spencer, how are you?”

“Pretty good.” He answered absent mindedly waving a hand in front of Derek’s face, who didn’t even blink, “You put Derek in quite a shock.”

“I just told him that I got his email, I’m so glad he told me, and I’ve been waiting a long time for this.”

“Yes, I don’t know why he thought I didn’t know. You should see yourselves when you around each other, it’s really obvious that you are in love. I’m so happy for you guys.”

“Hey Derek, she says she’s happy for you.”

“W-what?” Derek asked, finally snapping out of it.

“I’m giving him the phone.” He handed said phone to Derek, “Here, she wants to talk to you.”

“Sorry mom,” Derek breath, “I just didn’t expect to here from you so soon.”

“It’s alright,” she said, “I’m just so happy for you. How long have you to been together?”

Derek couldn’t help but smile as he answered. 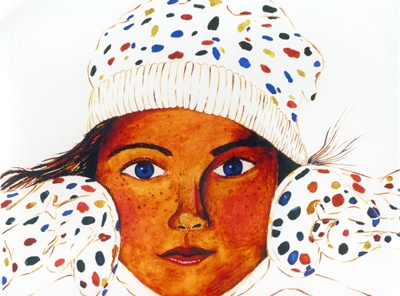 The author's comments:
This is my third Morgan/Reid from the request of Steph0804. Anyways those who review and rate will be given cookies. And once again if someone has a request of any narusas Morgan/Reid, Danny/Martin and I know do couples from The Traitor Game.
Post a comment
Submit your own