My visualization of Cruella | Teen Ink

My visualization of Cruella

Smoke whispered around her, lying on her fur coat that exuded pure avarice as it trailed the whimpering floor. Sounds of galloping horses reverberated through the room as her cone-high heels bled onto the floor, reflecting pure sin. Frail hands gloved in pure luxury held a long, ebony cigar which she puffed conceitedly, nose in the air, as if everything were immaterial but her. A plethora of jewels emblazoned her neck and hands, a preposterous peacock. Her mouth writhed like a snake as it emitted sound straight from the seventh layer of hell, her laugh, more of a cackle held anything but mirth. She had a proclivity for pacing rooms angrily, her heels stabbed the floor, her voice muttered archaic curses as her nicotine burnt teeth sat glumly on her pale, weak, gums. Her hostile demeanor suffocated the room as her charred voice barked at people so furiously that her death black eyes squinted in pure rage. The materialistic woman grinned like a feral cat, her oozing smile clamping her skeletal cheekbones that jutted out of her corpse-like face. The leviathan of fashion rose, eyebrows twitching, a corona of vanity surrounded the woman, people turned into rabbits as they saw her. Coughing repeatedly, the magnate corpse greedily thought about money, her eyes gilded in greed, her fingers lay calm and appeared to count money, her smile became satisfactory, a face much scarier than before. Her hair a labyrinth, like a crow’s nest was salt and pepper, straight and frail it slept on her balding head that she frequently shook in disagreement. 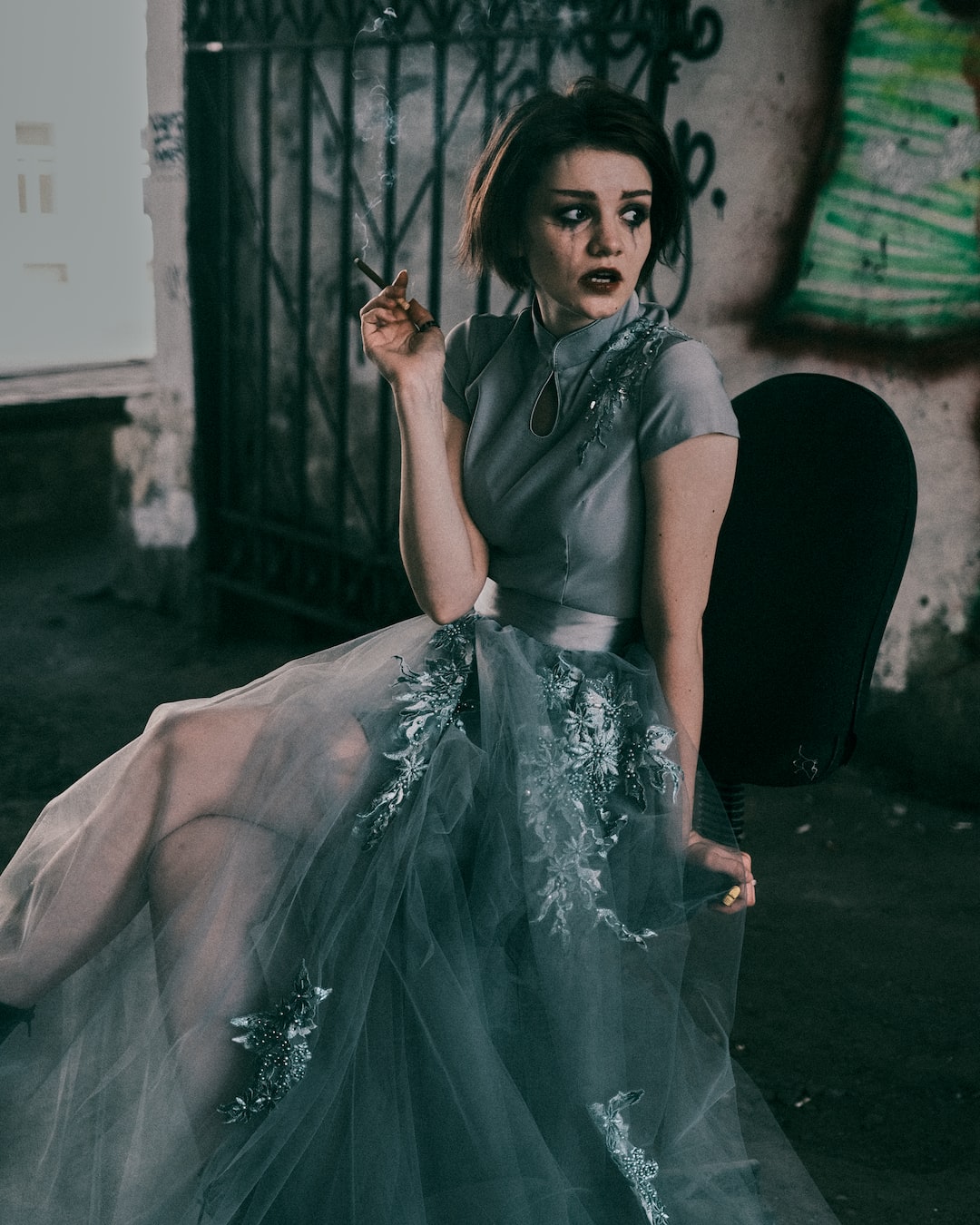 Photo by Daniil Onischenko on Unsplash

Favorite Quote:
"behind this smile is everything you'll never understand"

"you remind me of the babe" --David Bowie