In the year 1754, new and strange inventions began to wander the streets of London. The sounds of clanking bronze and hissing steam filled the air. It was the beginning of a new age, the beginning of the next step forward. The Steam Revolution. All sorts of machines and automatons and clockworks adorned our cities. It was a time of technological advancement. It was a time of great prosperity.

Or so the aristocrats and their men of science told us.

With the development of steam-powered machines capable of doing the jobs of one-hundred men in one-hundredth of the time, many of the farmers and yeomen, moved to the city to find jobs, but only found themselves out of a livelihood. There were riots and unrest. The common men demanded that the machines be shut down, rightfully claiming that the so-called ‘wonderful inventions’ threatened the very fabric of society.

The bourgeoisie few, fearing for their fortunes, bribed the government to brutally put down the protests of the people. The common man and his way of life was then crushed underneath the jackboots and clubs of the police once sworn to protect him.

And now, one centuries later, after the discovery of the Levenite crystals that could power engines ten times more powerful than steam, the factories hold more power and sway than the governments themselves. Shadowy figures who hide from the public eye, puppet masters pulling all of our strings for their own benefits, now control the steam grids, the transport trolleys, the utility pipes, even the armies of metallic abominations that conquered the world.

The rich, the corporations, the nobles and aristocrats, barons and dukes, kings and princes, think that they control the world, that they are beyond the touch of any mortal man, that their armies of bronze and steel, steam and cogworks can protect them from any revolution.

My name, you ask?

Not important. But you can call me Ludd, the name of a grandfather many generations removed from an ancient village once called Leicester.

None of our names, real or not, will ever be important. No one will sing of our deeds. No children will read of our exploits in the histories.

The stories they will tell of us will say that we were the villains, the terrorists, anarchists who only wanted to hold back English development.

But we, my friend, we will be the greatest heroes of this age.
The merchants, the manufacturers, the corrupt public officials, let them call us what they want. The rich will always oppress the poor; now, their machines just give them an excuse to deny jobs to hard-working men, just to save a few dollars.

They think that after the massacre on Canary Wharf, that the workingmen will never dare to rise up against them, that our spirit is broken. That we have accepted our place in the dirt, that we are nothing more than disposable machines to them to toy with at their leisure.

They think that they have shattered our dreams and stamped out the embers of a revolution.

Let us show them how wrong they are. Let us show them the fires of revolution blaze more brightly than ever before, that by oppressing us, they have only fanned the flames.

After all, men with nothing to lose have everything to gain.

What will become of their precious machines when we smash their supplies and stocks of aetheric steam? Of Levencite crystals? What armies will they have when we burn their warehouses of weapons and munitions?

The men who hold all the power today have grown blind and complacent in their luxury.

We, my friend, we will show them the power of the commoners, united in battle as comrades and brothers. We will create a perfect society where no one will have to fear for famine, war, or disease. A society where everyone is equal.

Today, we were the poor, the downtrodden, the peasants beneath even the worms in the dirt; they, the nobles and aristocrats, conquerors of the known world, with riches and power beyond imagination.

Tomorrow? We will take our rightful place as the saviours of humanity. 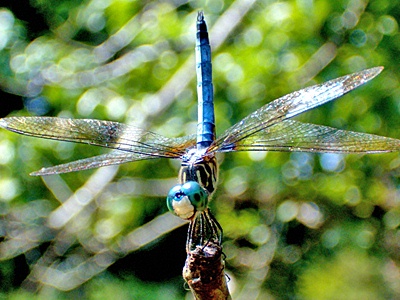