The Secrets of Shakespeare | Teen Ink

The Secrets of Shakespeare


He would sit outside in the evenings, reclining with some brandy and, if he was in the mood, bread and jam. He would gaze at the sky, dreaming to be anything but a playwright. Sadly, being a playwright was his only means of earning a shilling.

When he wrote, he could not help but believe that every “to be or not to be,” every plot twist, every philosophy, was all for naught. Yes, the plays were entertaining now for the penny seats in the globe, but later, it wouldn’t matter anymore.

True, the plays were clever. But generally, they were only a cover for how much he truly wished he could be anyone but himself. William hid in the characters that he wrote. He created the people he wished he could be, devised the plots that he wished he could live out. He was surprised people enjoyed his fantasies, but he did not think of it as a talent. No, William thought of his ability as a way to channel his thoughts. His mind. His wants.

Frankly, it made him miserable to watch these thoughts play out on stage. He wasn’t able to live out his dreams, so instead, he watched as others did.


One night, as Shakespeare gazed above at the stars, he decided he was done with writing. He was tired of dreaming of being Romeo but never actually finding his Juliet, trying to be Hamlet but continuously feeling like Feste, a continuous male version of Helena.

Mocked by the fairies of his imagination.

Abandoned by the people he loved.


He was tired of living in a realm where every fate was divided between a tragedy or a comedy, and instead wanted to live in a place resembling life. But life was lacking adventure. It was lacking enchantment, laughter, beauty, things that could simply not be in the real world. He wanted to live in a world that was worth living in, with things worth dying for. If things are worth dying for, tragedies aren’t that tragic, are they?


So, Shakespeare, needing a place to hide in his world that he wished could be, picked up his quill and began writing. 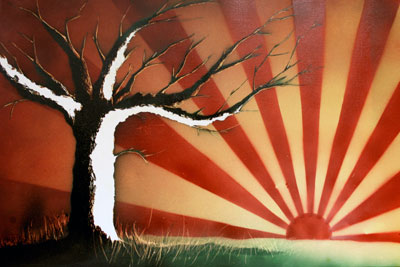 The author's comments:
Nobody really knows much about Shakespeare- the thought of his existence has even been questioned. I thought I would kind of elaborate on this endless realm of possibility (even though what I came up with isn't super improbable).
Post a comment
Submit your own

View profile
Thank you so much for this comment. It really made me glad I published it- what you said was what I had hoped anyone wo read this would take away from it. I also appriciated you calling this piece of work "exquisite". That title completely booseted my writing esteem.
Distant_Freedom DIAMOND said...
on Feb. 22 2014 at 10:23 pm
Distant_Freedom DIAMOND, Nowhere, Pennsylvania
50 articles 0 photos 54 comments

View profile
I can see why this is called exceptional by the staff. I've known that Shakespeare is thought to have not liked writing plays for a little while now, but pretty much the rest of this work enlightened me to some new ideas. Learning when I'm not in school is my favourite kind of learning, and you provided it. Thank you for that and for your exquisitely written article. Yes, I'll be reading all the work considered exceptional by the staff, so you can most likely expect comments on those as well.
NILAKSHI008 SILVER said...
on Feb. 21 2014 at 3:24 am
NILAKSHI008 SILVER, PANIPAT, Other
6 articles 0 photos 26 comments