No No go Boom Boom- The Evil I didn't Know

Favorite Quote:
"Don't say the old lady screamed. Bring her on and let her scream." --Mark Twain "Being tactful is saying someone is open-minded when they have a hole in their head."by???

I didn’t know evil. I was young. At first when I glanced at the photo on Daddy’s desk I just saw a person- like Daddy. But when I looked past the glossy film I saw more. He had dark black hair, short and spiky like wolves’ fangs that glinted with a glop of oozing hair gel-not that that mattered. What mattered was his face menaced with cold shadow. He had a gun, sleek and shiny. It was poised in his hand ready to “go boom boom”, ready to end any unsuspecting person’s life with just a pull of the trigger and a thundering blast and... The person would just be gone. A whole unique person with unique perspective gone (pause) in a second. That’s why Daddy called guns “No-Nos!” His eyes were hidden but I could feel ‘em swirling like a tornado, down, down, down even though it was just a picture. There was something concealed behind them. It was dark. It was cold. It was scary. It was BAD. Part of me, a small part of me wanted to solve that mystery behind his creepy eyes. I wanted an answer for that blotchy question mark. I wanted to know how he got the heart to kill someone. How? Why? But the rest of me, the majority, just wanted to run and hide and never, never ever encounter that nightmare-uss bullet tearing through my life. I wet my pants. I screamed for Daddy like at night when I wake up from a nightmare. It was just a picture. Imagine if it was the man in flesh. But I didn’t know evil. I was young. I was still learning. But now of course I know it all too well. ‘Cuz living in this world you get to know it very well - more then anyone needs to know. 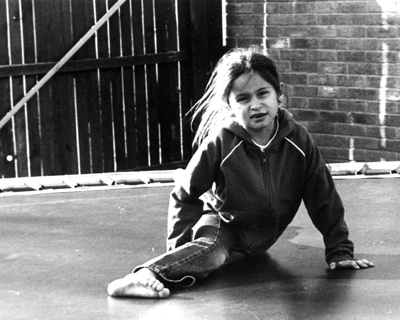 The author's comments:
When a young child encounters their first evil... A young child's perspective on guns and murder
Post a comment
Submit your own

Favorite Quote:
"Don't say the old lady screamed. Bring her on and let her scream." --Mark Twain "Being tactful is saying someone is open-minded when they have a hole in their head."by???

View profile
please comment! It really helps me improve my writing. Thanks!