Her heart hammered againsther rib cage. Her blue and white sneakers pounded in rhythm on the wet asphalt.Her blond ponytail swished back and forth like a pendulum as the rain soaked hershirt and ran down her neck. She needed to run. Running was her world right now.If she ran hard enough and fast enough, she could leave it all behind.

Thestreets that she ran through were deserted. The American flags that hung outsideevery house were dripping and looked grey in the rain. Everyone was inside, theireyes riveted on their television sets as the latest wartime headlines flashed onthe screen. No one took any notice as Amy passed by.

She turned onto herstreet, slowed to a jog, and skipped up the cement steps to the kitchen door. Amyentered, letting the wind slam it shut. A trail of muddy sneaker prints followedher as she climbed the stairs to her attic bedroom. It was the smallest room inthe house, but that made her like it all the more. Being secluded made her feelsecure. After changing into dry clothes, she settled cross-legged on herbed.

She pulled a framed picture from the bottom drawer of the cluttereddesk next to her bed. It showed a clean-cut young man whose deep brown eyessparkled as if he was laughing at a joke only he knew. The rest of his face wasset and militaristic, matching his Air Force uniform. As her eyes searched hisface, Amy was filled with longing to see him again, to hear his voice and feelhis touch. She slumped onto her pillow, a chorus of questions echoing in herhead.

Why did Brett have to join? Why couldn't he just let someone elsefight this war? Why is America even in this war? It's just stupid. If wedestroyed the terrorists a year ago, why are we still over there? They don't evenwant us to help, so why should we? This can't go on forever. It's already beenthree years. Why can't we just give up? I want Brett home safe again. What if hedoesn't come home, ever?

The face in the picture blurred as tears startedto well in Amy's eyes. They multiplied as she realized her selfishness. Thousandsof Americans were risking their lives for what they believed in, and all shecould think of was her poor pathetic self.

You may say I'm a dreamer,

but I'm not the only one.

and the world can live as one.

Thestrains of the remade John Lennon song poured from the open window of Amy'spickup as she drove home from school the next day. She swung into the drivewayand saw her mom sitting with her head in her hands on the front stoop. The songdied on her lips as Amy noticed the expression on her mother'sface.

Amy got out of thecar, dizzy with dread. "What is it? Please tell me it's not Brett. It can'tbe."

"Honey, come here. You need to listen. I love you, and I'dnever do anything to upset you, but you need to hear this. Brett's parents got acall from his base this morning. His commander told them that Communications lostcontact with Brett's plane around 11:30 that morning while he was completing aroutine flight over a small section of southeastern Afghanistan. They areassuming that he was shot down."

"Shot down?" Amy echoedher last words. "Is he ... he's not d-dead?" The words sounded strangeto her, as if the sound had to travel for miles to reach herears.

"There's no way of knowing. I'm sorry, honey. The only thing wecan do is hope and pray that they'll fin- Amy, wait!''

But Amy didn't wantto wait. She was already running. She ran harder than she had ever run before.The sun beat down like a fierce eye scrutinizing her, trying to penetrate herfrozen inner core. Amy remained numb, however, her mind unable to processanything. She ran until her legs wouldn't carry her any farther and sank to thecurb. She sat there, the wind whispering the memories.

The sun was setting when Amy gotup again. She wandered home, eyes not seeing anything, nor shedding any tears.Crying meant that she had ac-cepted it, and she wasn't ready to accept anythingyet.

That night was the worst of Amy's life. She spoke to no one, and hersupper went untouched. She lay in bed staring numbly at the ceiling until sheermental and physical exhaustion forced her eyelids closed.

In the smallhours of the morning, Amy was awakened by her stomach growling hungrily. Shehadn't eaten since lunch the day before, so she stumbled bleary-eyed downstairsto the kitchen for a comfort snack of cocoa and sugar cookies. As she was sippingthe cocoa the phone rang, causing her to start and splash hot liquid down thefront of her pajamas.

Who in their sane mind would be calling at 2:37 inthe morning? Amy's sleepy mind wondered as she groped for thephone.

Amy's hand was shaking so violently that she barely heldonto the phone as she sunk into the nearestchair.

"Amy, it's about Brett. The searchparties had a hard time finding his plane yesterday because it was the middle ofthe night over there. They found him about 20 minutes ago. He's alive, but incritical condition. He has a couple of broken ribs and a punctured left lung. Heshould survive. Oh, Amy, I know it's hard. You can cry. It's all right. They areattempting to get him back here; he should be arriving tomorrow evening. You canvisit him; he'll be at Princeton Hospital."

The lilies that Amy had brought added a splash of color to the sterilewhite hospital room where Brett lay, his eyes closed in sleep. His cuts andbruises were covered, and his whole chest was swathed in bandages. His facelooked more worn and older, but he was still her Brett. She waited patiently byhis bedside, holding his hand in hers, and hoping beyond hope for peace. 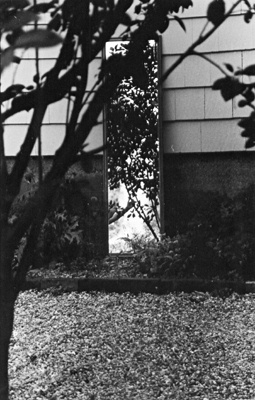 Favorite Quote:
This was said by Abraham Lincoln: It is better to remain silent and be thought a fool than to speak out and remove all doubt.

Favorite Quote:
Never underestimate the power of doing the ordinary in quite extraordinary ways.