Where The Road Stops | Teen Ink

Where The Road Stops

Vita, also known as The Nightingale, was on the trail of one of her targets. She had become an assassin when her family was at its worst time. The man that turned her into who she is now had offered her family shelter as long as she works for him. Now she lives as a killer. He had found out about her mind reading so he was determined to have her work for him. With the click of her tongue her trusty steed, Thunder, appeared.

“Come on boy, I’ve got the trail,” Vita said and hopped on the back of Thunder. They were off.

When they caught up to where the target was holed up she hopped off and grabbed her bow then whistled to let Thunder know to leave. She found the man. It was time for the worst part of her job, killing. He was scared, he knew he was being hunted down. Another scared and helpless victim she didn’t want to kill. She drew back her bow and ended the mission with one hit.

“Another target killed,” Vita whispered softly and then clicked her tongue and Thunder appeared.

She hopped on and rode off to meet up with the man who sent her on the jobs, Adras. She got there a couple of days later and welcomed warm food and shelter for the night but she knew the next morning she would be sent on yet another job.

“I’ve got another job for you, he’s an old friend of yours, Vita.” Adras said and smiled as he handed her a file, “It’s all in here.”

Vita opened it and was shocked to see what was inside. The target was an old friend of hers, he had helped her once when her family was in deep debt.

“I can’t do this, he is my friend he…” Vita started but was cut off.

“No no, you got it wrong, I want you to bring him to me, I know you're too soft to kill him so I just want you to go and fetch him for me. Now off with you,” Adras stated and as Vita was about to leave Adras said, “And Vita, don’t come back empty handed.” Vita simply nodded and left.

Vita had a long journey ahead of her, the man he requested lived ten days away. She didn’t know what she was going to do when she found him, this man had helped her family when they needed it most and now she was supposed to find this man and bring him to his death.

“This just isn’t right! What do you think Thunder?” Vita asked and Thunder nickered back, “Sometimes I forget you're a horse but no matter, you’re the only friend I’ve got right now.” Vita hadn’t always been like this, she became lonely on these jobs so she got used to talking to her horse but the two shared a special bond.

The sun had begun to set so Vita found a place to rest her head for the night. She had caught and killed a deer not too long ago and was cooking it over the fire. After she ate she settled down for bed.

“Rest up boy, we got a long day ahead of us,” Vita said to Thunder and closed her eyes, letting sleep take her.

They were nearing the fifth day of their journey and Vita was still unsure of what she was going to do about her target. Suddenly her horse stopped and started stomping his feet.

“What is it, boy?” Vita questioned her horse and then tried to soothe him as she grabbed her bow, “Quiet now, it’s okay.”

She hopped off, bow in hand, ready for whatever spooked him. She heard a horse nicker and whispers from the trees. She knew immediately what was happening. She ran to her horse, hopped on, and commanded him to move. They sped through the woods not turning back and they weren’t alone, bounty hunters were right on their heels.

“You! Hold it right there or we will use force!” one of the bounty hunters shouted.

“You got to catch me first!” Vita yelled right back.

There were three of them with powerful horses to ride on but if Vita was going to get caught she was going to do it with style.

“Steady boy,” Vita said and she took a sharp right heading straight into the woods where she knew the bounty hunters would have trouble.

She ducked just in time as a low hanging branch came into view, but the bounty hunters didn’t have the same skills as she did, one of them had been hit with the branch and fallen off his horse. She then came upon a stream and cleared it with ease, but as the bounty hunters tried to do the same their horses stopped and they flew off.

“Until next time boys, go Thunder!” Vita said as she sped away.

It was the final stretch of their journey and Vita knew actually what she was going to do. She found the man she had befriended all those years ago, but she wasn’t planning on taking him to Adras.

Vita stayed the night in the small town and the next day began her journey back to Adras. She had spent most of her life as an assassin and now she was going back to Adras empty handed, she was going to cut the chains of time and set herself free from this mess.

When she returned she knew what she had done and knew the consequences but she didn’t care.

“Where is he!? I said not to come back empty handed, is that too much to ask!” Adras now knew what she did and was furious, he sent her to the law and they were going to hang her for her misdeeds

“Ladies and gentlemen, what you see before you is a killer, and today she will pay for her crimes!” the lawman announced and the crowd went crazy, some of them had a bone to pick with The Nightingale, as they know her.

“Do you have anything to say?” the lawman asked.

“Yes.” Vita responded, “I’m not the killer you think I am, I was an ordinary girl once, my name was Vita. I became an assassin to protect my family and I’m very sorry for the grief I have caused, but I wasn’t alone in this crime, Adras sent me to do it!” Vita shouted.

“Then by power infested in me, I sentence you to death!” the lawman exclaimed and pulled the lever.

There was a choking noise and then silence. The people began to disperse and left Vita hanging there. Her family grieved for her and Adras sent them on their own, but what he didn’t know was that since he was the man who hired the assassin, he was also sentenced to death. Her family became rich off of what he left. The Nightingale who had died to save her family rested in peace knowing that she would never have to kill again where the road stops. 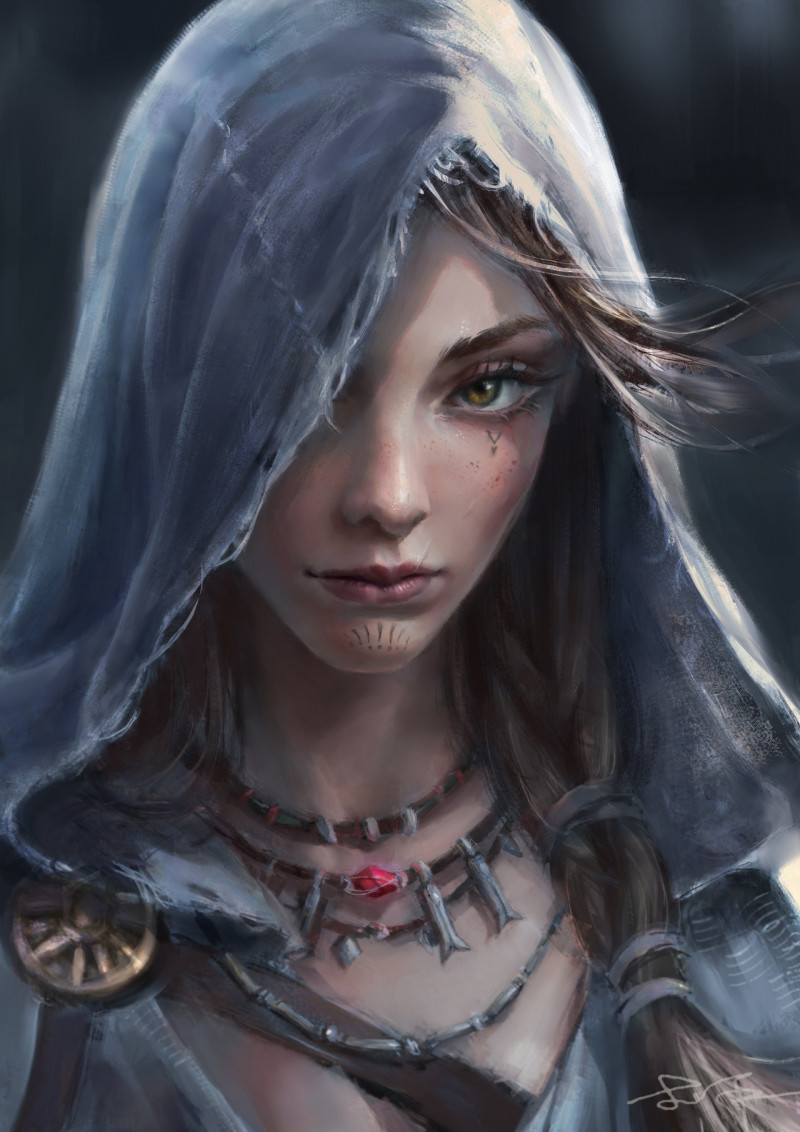 This follows the life of a girl who had to become an assassin to protect her family and the life she lived. This was also an independent piece. Please comment and tell me how you liked it!

View profile
is this the last thing ur waiting 4 to go thru?