I can’t feel anything. Is that really bad? Ok, you can get up, Eric. Alright, then…Oh! There’s the pain. I’ve never felt anything like it in my life. Can’t think, can’t move… Come on, get yourself to the pagoda! Come on, move!

These were some thoughts going through my head when I broke my wrist. I was attending a Five Season’s tennis summer camp. It was the last day of the camp, and I had just tripped over a tennis ball while backpedaling for an overhead, and had landed squarely on my wrist. I had no idea that the wrist was broken until I got up and moved it. Then, agony as I had never felt it before ran up and down my arm. It was if someone had inserted red-hot iron rods into my wrist. I barely managed to get into a seat before collapsing. Of course, I didn’t think that this was a serious issue, and waited until my dad came to pick me up. As he was a doctor once, he recognized the signs and rushed me to the ER.

It was most likely my fault, because I didn’t clear off the court.

For three months I had to cope with this broken wrist, and the worst part was that I broke my right wrist, and I am right-handed. That was a serious problem. The first order of business was to learn to use my left hand. My right arm was immobilized, and even if I could’ve moved it, all I’d get was a twitching hand and more pain, so becoming ambidextrous was a good idea. Over the course of several weeks, I coached myself through much long, boring, and arduous practice. This was of course a huge disadvantage at school, because it took me twice as long to copy down the same notes, write down the same stories, or finish the same tests.

So what did I learn from this experience?

The first thing was patience. I was not used to having to take a long time to write down my work, or type an essay. With one functional and one disabled hand, things changed. I know now to take the time to do things, and to know when to wait for things to happen.

I also learned that teamwork was important. Before this experience, during group work, I often rushed ahead and was impatient with my fellow team members. But now, since I was the one who was lagging behind because of my slower writing, I know that sometimes people just need to slow down a little to fully understand or comprehend a situation and participate fully in the group work. That also meant going back and helping those who were ‘lagging behind’. That, and other small things, when added up, made a huge different in the quality of our group work.

So even though in the beginning my broken wrist was a very bad thing, after recovering from it I noticed that I had learned many new and useful things. So maybe not all the so-called ‘stumbles’ in life are all so bad – maybe some of them are good for us. As Albert Einstein said, “Anyone who has never made a mistake has never tried anything new.” 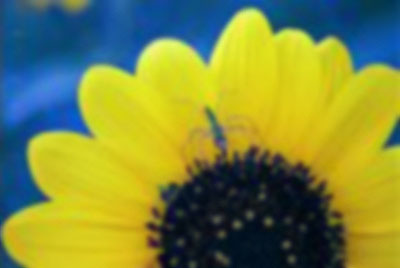 Essay prompts: Tell us about a time when you stumbled in life. How did you handle it? What did you learn?