I didn’t know Harrison, no matter how much I tried to convince myself that I did. After all, he was one of twenty-five other boys who came from around the country to Tennessee, to the Character Leadership Community (CLC) camp. He was a rather unassuming boy, after all. But he was also really annoying. On a field trip to the Tennessee Aquarium, Harrison kind of ruined the whole experience by making snide remarks every thirty seconds or so. We didn’t get along.

But as Atticus Finch says to Scout in To Kill a Mockingbird, “You never really understand a person until you consider things from his point of view... Until you climb inside of his skin and walk around in it.”


I considered Harrison not to be one of the guys I’d hang around with during my short stay. But that all changed when I discovered one critical fact about him.
Harrison was a diabetic.


It was a shock.
But I had experienced something like it before. I was friends with a boy named Arnav Divekar back in Ohio, and I had been known him for several years before accidentally discovering that he was a diabetic.


Arnav and I are still good friends, but I know that I still think of him with pity (Things like, oh, you poor thing!) and I think he knows too.
But with Harrison, I think it went a little differently.


I discovered Harrison was a diabetic in the bluntest way possible: I asked him. During a long and boring bus ride, I struck up a conversation with Harrison. Throughout the conversation, Harrison hinted to a physical malady that plagued him. So I asked him. “Harrison, are you a diabetic?” He was taken off guard by the question, but he responded, “Yes.”


So then I realized that diabetes was the reason behind the way he acted.
And¬ so I changed my attitude towards Harrison, but this time, for the better.
This time, it was less a feeling of pity then a feeling of, “Ahhh, I see now.”
And because I knew that the disease was a great disability, I felt that I should get to know him better. So I did.
I sat with him at lunch and did camp activity with him.


Pretty soon, we were getting to be friends, which is surprising considering how we’d considered each other at the beginning.


I didn’t know that Harrison liked many of the same things I did. For example, we both liked the same YouTube channels and many of the same video games and books. We became great friends, and soon did much together. Of course, this didn’t mean that I could spare him in paintball!


It helped me be a stronger leader by letting me understand and work with my good friend Harrison.
These things are all invaluable things to know if one is to be a leader. You can’t very well lead a team to do any constructive task if you can’t understand them.


This is why understanding people is useful. And to understand others you need to be able to step into their shoes and see things from their perspective, from their context.


Leadership and teamwork are terms that require the help of others to ‘work’. Therefore, if you can understand your fellow team members, if you can truly get to know them, then it makes getting them to help you out a far more accomplishable task. And that of course means getting “inside of [their] skin and [walking] around in it.” 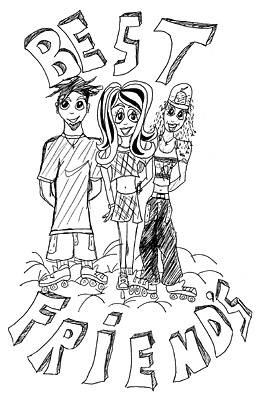 This essay prompts : You never really understand a person until you consider things from his point of view... Until you climb inside of his skin and walk around in it