Queen of the Library | Teen Ink

Queen of the Library MAG

Thestubborn wheels on the dilapidated black cart squeaked disruptively against thesolemn stillness of the musty air. The soft thud of books being opened and thehiss of pages being turned permeated the silence, creating an odd, soothingserenity. This was my domain, my realm, my kingdom, for I was Queen of theLibrary.

Well, maybe not, but ever since the first time I donned mynavy-blue vest and began working as a page, I felt a certain intrigue there thatmy friends failed to see. Led by my enthusiasm, three of them applied for jobs,worked a few months, and quit. People often made sympathetic remarks aboutworking at a "boring" library three days a week, and I would hide thesmile that tugged at the corners of my lips.

Boring? My work was anythingbut. Amidst the softly falling dust and between the rows of tottering bookshelveslay a subtle magic, often unseen by rushed patrons frantically searching forbooks.

During those hours of work, I saw glimpses of my life flittingbetween the dog-eared pages around me. As I shelved book after book, my eyes rancontemplatively over the spines of the ones I had read. My gaze settled onHemingway's The Old Man and the Sea and I saw Santiago's tenacity in strugglingagainst the fish and sharks. I marveled at the determination of this humble manand wondered if I, too, would have the same inner strength, the same unwaveringdetermination, the same nobility of character.

Memories of last summerwent through my mind, reminding me of a struggle in my microcosmic world, astruggle in which I was Santiago and physics was the impassive sea, themagnificent fish, a fierce shark. I had taken physics at Yale and watched theother high-school students drop the class until only I remained with 20university students. Overcoming obstacles and learning valuable lessons ondetermination, responsibility and maturity assured me that I, like Santiago,ultimately triumphed.

My eyes caught a glimpse of The Grapes of Wrath,a book which had left me uneasy and meditative. My worries seemed to pale incomparison with the tribulations of the Joad family. How could I complain aboutmoving across the state and having to adjust when the Joads moved across thecountry only to be cheated and disillusioned? After all, I had thrived in my newhigh school, but the Joads had failed in their pursuit of the American Dream.When I learned about the Great Depression in history class, the Joads loomed infront of me, reminding me to appreciate all my opportunities.

As Iwheeled my cart of books over the uneven carpeted floor, I passed the sciencesection. I saw books on Einstein's Theory of Relativity, black holes and quasarsthat I had enthusiastically thumbed through. My love of science, allied with mypassion for reading, beckoned me to sit and explore.

Come sift throughour pages. You say you want to be a doctor? Read about Fleming, who inventedpenicillin, or Sabin, who invented the polio vaccine. We have so much to offeryou, the books silently implored. I quickly moved away before my hand couldgravitate toward those tempting pages.

As I watched the swirling dustsettle back over the ancient books after being disturbed by my movements, I feltpast, present and future merge in the common medium of the library air. I musedover my past, reflected on my present life and speculated about my future as Iwarily watched a languid spider take refuge in an undisturbed corner. The soundsfrom outside entered this world in muffled, hushed tones. The air was saturatedwith magic. 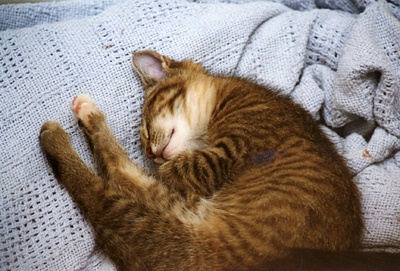