From Internship to Career | Teen Ink

From Internship to Career MAG

I have wanted to study broadcast news for as long as I can remember. While I'd planned my future for years, I took a tangible step toward this goal last year with an internship at KACT TV, Channel 8 in Aurora.

With an average of 4,000 viewers, this was no major outlet, but Channel 8 taught me skills and allowed me to grow in a way I am certain no class ever would. More important, it validated what I have always believed: I want to work in broadcast news.

Initially, my tasks were far from glamorous. I logged tapes, a tedious process in which I learned that 20 minutes of footage makes only two minutes of actual news. This seemingly boring procedure really was valuable since it trained me to look for different shots and listen for sound bites.

Next I began shadowing a reporter on assignment. By watching a reporter in action, I began to see what constitutes a successful interview. More important, I saw how a story can change in an instant, as well as the importance of having a strong story angle. After shadowing, I embarked on shoots alone, armed with lessons I'd learned from vigilantly watching the professionals.

While I enjoyed going on shoots, it was getting back to the station with the tape that truly excited me. I had all the resources necessary to share a story with the world. I loved poring over the images, selecting the most powerful sound bite and critiquing take after take of a stand up. Writing and editing something I had created felt empowering. The process of gaining information, finding the story and creating a package was inspiring. It was mine. I could sit at an editing bay for an inordinate amount of time, totally succumbing to the possibilities of a minute-long news package.

During the actual broadcast, I ran the teleprompter, graphics and camera. I also acted as floor director, which quickly became my favorite position. I then took all these new skills and ran the production of a two-minute Channel 8 Update completely on my own. I started the tape, faded to the camera, brought up the

microphone, inserted graphics and ran the audio. As I moved around the control room frantically looking for the next button, I realized I was having the time of my life. The stress, the pressure, the fast pace and the quest for perfection all fit my personality. This was an environment where I could thrive.

I value my experiences at Channel 8 because I worked on news in a very real environment. I saw firsthand the harsh realities of an appearance-based profession. It became frightfully apparent that television is about looks and is often fiercely competitive. Also, I would never have comprehended that "who you know" is more important than "what you know" had I not witnessed this troubling fact on a daily basis. Such realities are difficult to convey in a journalism book or classroom and I feel privileged to have seen the negative aspects of broadcast news at such a young age.

In high school I worked hard to learn about journalism, for I had long ago selected this field before realizing what it entails. Now that I do know, I am only more certain that broadcast news is the career for me. - 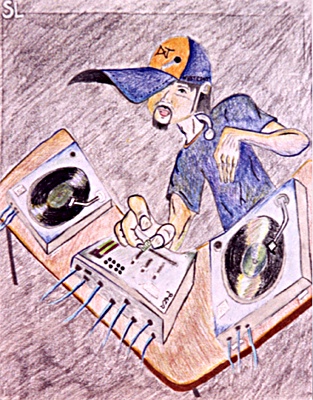