Why do we travel ?

Favorite Quote:
The most important single ingredient in the formula for success is knowing how to get along with people.

Why do we travel? Are they the same reasons for everyone? Does it change depending on the personality of someone? . Many people have discussed this issue through time, and tried to find an answer. It will explain why we have that “need” and “thirst of exploring earth, travel, and move around to places we don’t know. St Augustine said, “The world is a book, those who do not travel read only one page.” Agreeing with that statement Ill say humans do travel, usually for different reasons but generally all of those reasons are centered around the idea of seeing and experiencing new things and that the results of traveling are always positive.

There is a Chinese proverb that says, " Don't listen to what they say. Go see.” For me it shows that everybody loves to travel. In the past, when traveling costed a lot of money and was very dangerous, people still did it. People traveled to find new, unknown places, or just to challenge themselves .Now, its still the case and even more due to the development of transporting techniques. You’ll say that we may travel more for business and work reasons, what now take an important part of our life’s , but only 30% of trips over 50 miles are made for business, according to the magazine “Guardian”, a statistic that shows us that people travel for pleasure). In fact, according to the World Tour Organization, in 2010, there were over 940 million international tourist arrivals. With these numbers we cant say that we humans don’t travel, it is a well-known documented fact. Tourism, meaning travelling, isn’t only an activity, that we do with our family. There is also another side of tourism that you may not know. Travel is also vital for some countries like France, Egypt and Greece; due to the large intake of money that they will receive by the spending’s of the tourists. As a matter of fact, the United States, gained $ 103,5 billion in 2010 only by tourism, based on the statistics of the UNWTO, followed by Spain with $ 52,5 billion. So we can see that traveling has become a crucial part of our life, not only because it is a fun activity for everybody but also because it plays an important role in our society. The point I want to make with these statistics is that, our civilization always travels, it is something that every single person does for different reasons, it is essential and directly connected with our life’s and society.


People traveling may be a fact, but why exactly did people travel before and why do they travel now? G.K. Chesterton said "The object of travel is not to set foot on foreign land; it is at last to set foot on one's own country... ." . Based on this quote ill say that we all know that each one of us has a different personality therefore some of us like to travel, and some of us don’t. Since you are reading “The Traveler” I should suppose that you enjoy traveling. As I said before, those who love traveling have different reasons. In general they are all centered around the same idea, that we have an instinct in each of us that compels us to be curious about the world, and always want to find new things.

This instinct can be categorized as an emotion, the emotion of curiosity. We as human are curious. It is a feeling that we all have, and due to that emotion we always want to find new things and explore unknown places. That instinct is the one that makes us evolve and develop our self. To support this theory I will state historical facts that prove our human curiosity. First, Christopher Columbus the famous explorer and colonizer known for his great and legendary discovery of America, in 1492. Apart from financial reasons why did he make that long and dangerous trip? Curiosity. At that time people didn’t know the landscape of our earth, they only knew a part of our world. The curiosity of discovering what there is after the ocean, led to one of the most important discoveries in our history. Curiosity is the instinct that has the biggest impact and makes us think ‘outside the box”, as Christopher Columbus proves us with his expedition. Another more recent example of curiosity that led to an amazing and significant travel would be the spaceflight of Apollo 11. Based on the information’s of NASA, the mission, which included 3 men, was the first successful attempt of landing on the moon. The spaceflight was made on July 20 1969, and is now a legendary and unforgettable moment in human history. It symbolizes the achievement of humans going beyond their “borders”. This mission is the result of many years of curiosity and wondering about the moon and space generally. With these examples we can see that curiosity plays a major role in our society and that it is one of the primary reason why we travel. It makes us wonder what there is outside of our normal environment, and it leads us to amazing and life-changing experiences. The point I want to make is that, each person may like traveling for different reasons, but everybody has inside of him a need, an emotion, that compels then to travel to unknown places and see different things. Curiosity is the main reason for which we travel.

Having established that humans travel a lot, and primarily because of their curiosity, Ill explain the positive results of traveling in our society. The first of many is the exchange of cultures, meaning the fact that we travel to new places, learn and exchange information’s about other cultures. This exchange is vital and very common in travels. To prove this result I will state another historical fact. After the discovery of America in 1492, the Spanish colonization started and lasted for four centuries. Based on a history website, It wasn’t until 1898 where the Spanish empire finally lost all their colonies But four centuries of civilization don’t disappear like that, therefore we can actually see the impact of the Spanish civilization, meaning the cultural exchange, in their old colonies in South America, even now. We can see it in their language (both Spanish), personality and even in the structure of their cities. This historical fact proves how cultural exchange happens during long-term travels, and is a positive result of tourism. Another positive aspect that I stated before with fewer details is the economic effect of traveling. Many countries in the world actually have as primary income source the money gain by tourism. Precisely, tourism is a large and wealthy industry that has developed it self over the years and is vital and significant for many countries, for example Turkey. Turkey is one of the most fast growing countries in the world right now. An industry that the Turkish government has been trying to expand is tourism, since the country has a big potential for a mass tourism. Based on UNWTO (United Nations World Tourism Organization) statistics, I calculated that Turkey gain 2,8 % of its GDP in 2010 which is about 20.8 billion dollars.These numbers show how countries can benefit from tourism in an economic context, therefore another result that can go to the “positive” side of travel. The point I want to make is that traveling has a huge list of positive results, for our own experience and life, but also for our society in general.


Traveling is an opportunity that develops it’s self as time goes on. We humans use that opportunity and travel all the time. Somebody may like to travel to meet new people, to live crazy adventures, or even to eat different food, but whatever reasons we have, we travel because we are curious about the world. The only way to satisfy that curiosity is to travel. And that’s what we do. Trips are great, fun, entertaining, but vital and important for our society. Like Robert Louis Stevenson said in his book “El Dorado”, “to travel hopefully is better than to arrive”. 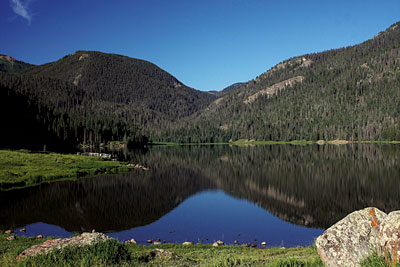 The author's comments:
Written fro a summer session very hard topic to write about, but did it with fun.
Post a comment
Submit your own